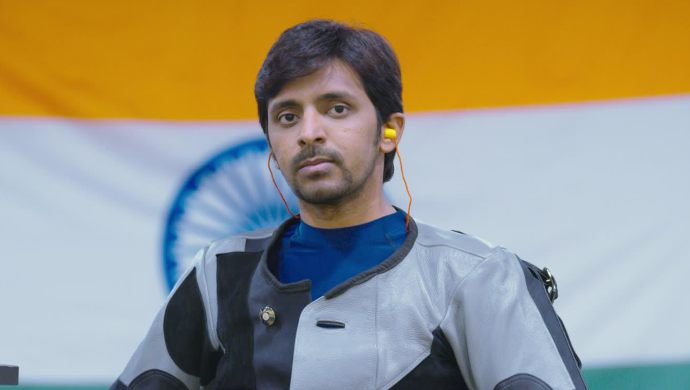 Abhilash Reddy’s latest sports-drama, Loser, is streaming on ZEE5, and has been making big waves already. The ten-episode series features noted Tollywood names like Sayaji Shinde, Priydarshi, Shashank, Sathya Krishnan, Kalpika Ganesh along with Komali Prasad, Abhay Bethaganti, Annie and others. The Annapurna Studios-backed project is an impressive show which has been making big waves and garnering appreciation from audiences and critics alike.

Watch the trailer of Loser here:

Talking about acting by the cast, here’s what they have to say.

“Priyadarshi is turning out to be an all-rounder.” “Shashank walks away with the cake as Wilson. All these years of wait and struggle have come true with Loser, as he is the best part.” “Kalpika Ganesh is also a shocker as the elder Ruby. She too gets an intense role and excels in it.” – 123Telugu.com

“Priyadarshi is natural with his screen presence and his effort to lend authenticity to his portrayal of a sportsperson.” – Binged.com

“Priyadarshi, Annie and Kalpika walk away with the honours.” “The casting is spot on.” “The actors come without the baggage of stardom, making their plight easily relatable.” – Sangeetha Devi of The Hindu.

“Priyadarshi is an actor who can play different roles well. We all knew him as a good comic actor but he has got the potential to play emotional characters too.” -iQlickMovies.com

Director Abhilash Reddy has turned out to be the one true winner.

“What impresses you first is the story written by director Abhilash Reddy. Each of the stories has depth, solid emotion, and reliability.” “In Loser, every single character is superbly written and has equal importance. The connections to all the stories have been established superbly. Director Abhilash gets full marks for his work and is a talent to watch out for.” – 123Telugu.com

“The director Abhilash Reddy proves that he has got an immense talent in writing dramas blended with sublime plot twists.” – Gossiper.com

“The way the whole story is calibrated by director Abhilash Reddy deserves special mention as it’s not an easy task to represent three timelines with three different personalities.” – Envoy Web

The brilliant story and the masterminds behind it, get credit too.

“Loser briskly moves between the three worlds, helped by cinematographer Naresh Ramadurai, production designer Manisha A Dutt and Sriram Maddury’s music. I particularly liked the seamless connect between Ruby and Suri.” – The Hindu

“The camera work and lighting are beautiful. The cinematographer created a perfect mood for the audiences and took the film to the next level.” “The background score and the songs are placed perfectly. Technically, Loser is very good.” – iQlickMovies.com

“The songs and the background score of the show are certainly its strengths – they enhance the impact of the various situations and are laced with impressive melodic value.” –  Binged.com

“The web series has intriguing music. Music elevates in a few scenes and makes the series watchable. After the cast and narration, the music is the crux of the series.” – Pakoo.com

And, here’s the verdict. “Overall, there is no denying the fact that Loser is one of the best web series made in Telugu so far. It has strong emotions, triumph, purpose, and moreover some of the best performances in recent times.”

You can watch the full series on ZEE5 or read about it here.

Birthday Special: 7 Telugu Songs Crooned By Sid Sriram That Work Like Magic On…

Raahu Review: The Damsel Saves Herself And Her Kingdom In Subbu Veddula’s…

EXCLUSIVE: It Was Equally Rewarding To Do A Web Series Like Loser, Says Actor…

Raahu Jukebox: 4 Songs From Subbu Veddula's Thriller That Will Sweep You Off Your Feet