Caution: You have been warned, set your schedules to save the date for this amazing ZEE5 Original starring Priyadarshe that's coming to you, soon. 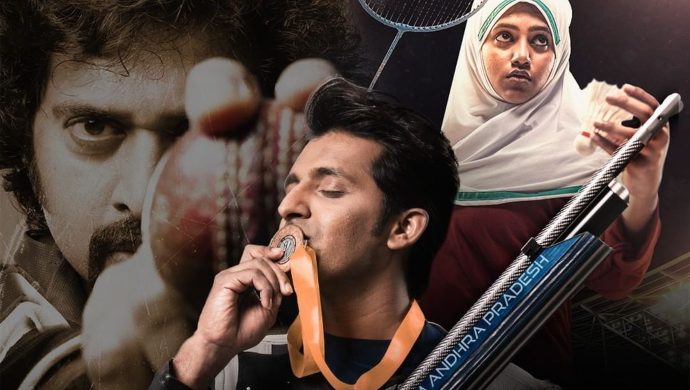 The year 2019 was evidently amazing and 2020 seems to ready to break those records in the first quarter itself. We’re talking about the time and the amazing web shows that are being churned out of the Telugu industry. Today, we saw the release of the biggest Telugu OTT venture, titled Chadarangam. The nine-episode show marks the digital debut of yesteryear romantic hero, Meka Srikanth in a grim role. Even as this political drama premieres today, ZEE5 has made yet another announcement.

Watch the trailer of Chadarangam here:

Recently, the platform shared the first look of its upcoming Telugu original show. Titled Loser, the show is led by the impeccable actor, Priyadarshe. On the first poster of the show, we also see seasoned actor Shashank, and young talent Annie, of Rangasthalam fame. In the poster, Priyadarshe is seen taking pride in his hard-earned medal. To his right, we see Annie holding a badminton racket and shuttlecock, donning a hijab with a serious look on her face. To his left, we see Shashank holding the cricket ball with rage in his eyes.

Going by the looks of Shashank, his story seems to be set in the early ’80s. While introducing Loser, the makers of the show said, “Never met a winner that wasn’t a sore LOSER! Our LOSERS are here who got up and gave it one more try!” The show was officially announced in the presence of its entire star cast and crew at the ZEE5 Loft in Hyderabad. Check out the poster here.

Loser is written and directed by Abhilash Reddy under the banners of Annapurna Studios and Spectrum Media Network. Apart from these three actors who feature on the poster, the show also features Sayaji Shinde, Abhay Bethiganti, Pavani Gangireddy of Drushti, Komalee Prasad, Kalpika Ganesh, Malhottra Shivam and Chandra Vempaty. The show is all set to release on April 17, 2020, exclusively on ZEE5.