The dreaded days of separation are now gone! The couple is finally back together, alive and alright. Read on to know what happens next. 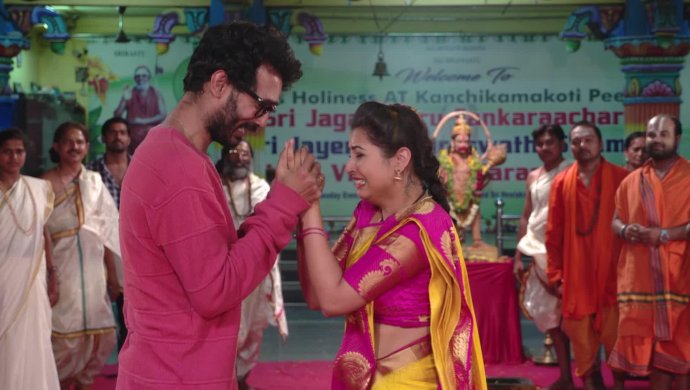 The last few days have kept us fans of the Telugu TV show Ninne Pelladatha awake because the tension was all too real. We saw Mrudula (played by Madhubala) ending up in the hospital,  bleeding from the back of her head, after being pushed by Sarayu (played by Sarayu Roy). Eventually, Mrudula lost consciousness and slipped into coma. Sarayu took this opportunity to save herself from all her misdeeds and managed to bring together a few people who took Mrudula’s unconscious body out of the hospital without anyone noticing. This kept Mrudula away from Madhu (played by Abhi Prathap). Next, Sarayu ordered her men to ignite the van with Mrudula inside and leave it at an isolated spot. We really thought Mrudula was dead. But we also believed this wasn’t the end, just like Madhu.

In the last few episodes, we saw Madhu lighting up the pyre and trying to convince everyone that Mrudula was alive somewhere. Nobody paid any heed to him, but that didn’t stop him. Eventually, we saw that Madhu started seeing signs that made his belief stronger. The white pigeon kept returning to him, making him believe that the bird was his way to Mrudula. A few days later, Tarun took Madhu to a temple to attend the wedding of his close friend who had eloped. Incidentally, Mrudula was in the same temple and Sarayu was there too to keep an eye on Mrudula. She saw Tarun and Madhu and freaked out. Despite her attempts, what’s meant to happen, will happen though.

In the preview, we see that even as Madhu attends the wedding, Mrudula is asked to take pradakshinas of the temple during which she feels Madhu’s presence. Madhu, too, feels the same but Tarun tells him it’s all in his head. Due to an accidental move, flower petals from someone’s plate ends up showering our favourite couple. They then turn around to find each other. Today’s the night we’re going to sleep in peace again. What about you?