Siblings fight. But they have your back too. Will Urmila stand up for her sister? What happens when Meenakshi is falsely accused of being selfish? 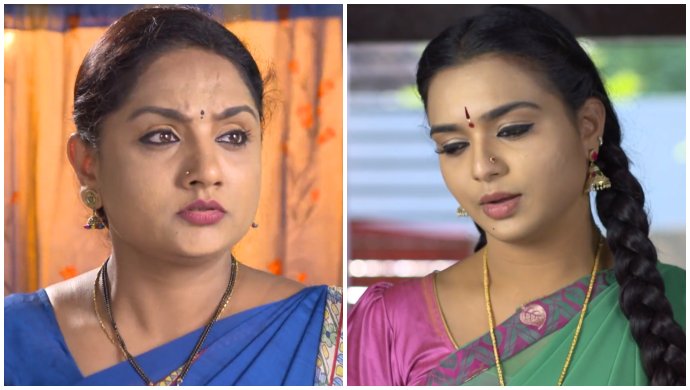 Meenakshi , the latest Telugu TV show on Zee Telugu, has become a hit in less than a month. It features popular TV actors like Yamini of Mutyala Muggu and Jyothi Purnima, along with others. Tollywood actor and producer Konidela Nagendra Babu was also a part of the Telugu serial but his character Naga Bhushanam passed away in an earlier episode. In the show, the title character Meenakshi is what we would call an ideal girl. Despite that, she is the one who has to bear the brunt of the deeds of her people.

In this week’s episode, we saw that Meenakshi wants to help her family financially. She has lost her eyesight but not hope. Meenakshi overhears her brother Kartik arguing with his wife and her sister Urmila’s husband nagging her, both about money. Upset over the issues and after hearing what people feel about her (a mere blind girl), Meenakshi decides to do whatever she can, head to the bank and withdraw all the gold jewellery that her father had worked hard and saved for Meenakshi’s wedding day.

When leaving for the local bank, Urmila’s greedy husband tells her to convince Meenakshi to take them along with her. They leave in an auto and Meenakshi asks them to wait outside while she goes inside to talk to the manager and get her jewellery. Despite being a stranger, the manager extends his condolences to Meenakshi for losing her eyesight on the same day as her father’s death. Meenakshi thanks him for the help and leaves with her sibling and brother-in-law.

In the auto, Urmila’s husband forces her to take out some gold from the bag without Meenakshi noticing anything. They succeed. Although scared, Urmila does it to save her marriage. When they reach home, Meenakshi calls everyone to the living room and announces that she has decided to divide her gold jewellery into three parts — one for her elder brother, Kasi, one for the younger brother, Kartik, and one share for Urmila. Kasi rejects her idea and leaves. Filled with guilt, Urmila stands there speechless. Kartik is happy to take whatever comes his way and takes the bag to divide its contents equally.

Kartik returns to inform everyone that Meenakshi has saved some of the jewellery for her and has given the rest. Urmila and her husband are well aware of the false accusations being made. But they stand there without uttering a word. Later, Urmila’s husband starts yelling and joins Kartik in accusing Meenakshi only to save himself. But will Urmila reveal the truth to save her sister’s innocence? Guess we’ll have to wait and watch.

If you enjoy such dramas, we’re sure you will enjoy Maate Mantramu on ZEE5.

Are Kalyana Vaibhogam's Jai and Manga finally together?