Will Mansi’s Attitude Towards Mrudula Change After The Accident?

In Ninne Pelladatha, the Kamineni sisters went from being friends to enemies over Madhu. But will we possibly see their dynamics change again? 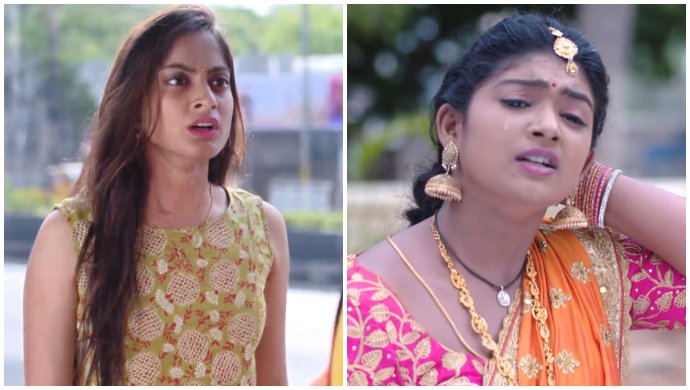 The Telugu TV show Ninne Pelladatha has a little bit of everything — from family drama to romance, sisters bonding and more. That is why you can never get tired of watching it. The story revolves around three youngsters — Madhu, Mrudula and Mansi, played by Prathap Singh Shah, Bhoomi Shetty and Sree Priya. The girls, who also happen to be sisters, fell for the same boy, Madhu.

Mansi has always been obsessively in love with Madhu, but her feelings have not been reciprocated. Madhu and Mrudula love each other. Considering the situation and keeping Mansi in mind, Madhu and Mrudula had eloped. As expected, everyone in the family hated it and were particularly cruel to Mrudula for apparently stealing Madhu away from Mansi and also because she was adopted. Mansi, who had considered Mrudula to be her best friend all along, suddenly turned bitter and nasty towards her sister.

Mansi’s spite towards Mrudula got her close to Madhu’s evil cousin Sarayu. The two planned and plotted to keep Madhu away from Mrudula. And despite the fact that all their attempts failed, they never stopped trying. In fact, in a recent episode, Sarayu used her own wedding as an opportunity to close Mrudula’s chapter for once and for all. During a heated argument, she pushed Mrudula so hard that she fell on the ground after banging her head on a concrete corner. In the hospital, after making a scene, Mansi stepped out with Sarayu where she revealed that Mrudula was hurt because of her.

When she heard it, we find Mansi getting worried. For a moment we thought that deep down inside, she still has empathy for her sister. But it took just a moment for our hopes to get dashed. Sarayu questioned if she was getting emotional about her sister, to which Mansi replied saying that those days are gone. But even though Mansi is denying it, we have a gut feeling that the sisters will reunite and probably also close the chapters of these haters. Aiming for too much? We guess not. Let us know what you think below.