Will Manga Win The Title Of Miss Hyderabad As Nithya In Kalyana Vaibhogam?

The once-shy girl is all determined to participate in and win a fashion show. Will she get the title? 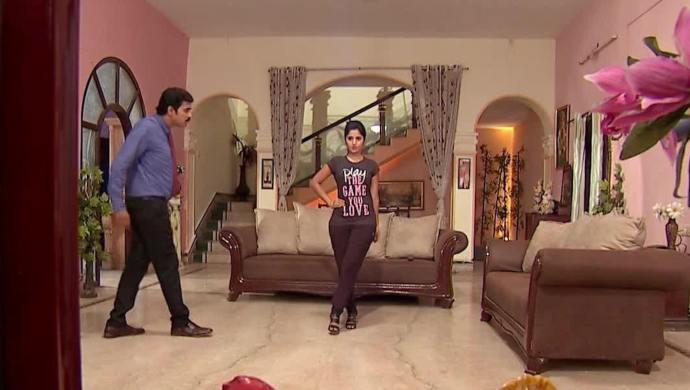 The plot of the Telugu TV show Kalyana Vaibhogam has now shifted focus to the fashion show. For the last two years, Nithya has been bagging the role of Miss Hyderabad. But this time, she faked her death and now finds herself in a fix. To escape from her lover Jai’s (played by VJ Sunny) family’s generational curse, she had used Manga, her lookalike, to replace her. But all that happened was Manga became Jai’s wife and earned a place in his heart. And now that she knows Nithya is actually alive, she is waiting to take her revenge on her. Check out what happens next:

For the past few days, we have seen that Manga manages to enter Nithya’s house and plans to participate in the fashion show that Nithya has been a winner of. Manga’s real plan was to annoy Nithya to a level that she comes out in the open and reveals that she is alive. Manga even tells Chary that she wants to participate only to lose the competition and make Nithya furious. But now her plans have changed.

The night before, Swaroopa had told Manga that she must refrain from participating in the fashion show after being directed by Nithya to keep her away. Jai butts into this conversation and tells Manga that she must participate and win the fashion show. On hearing this, Manga tells Jai that she will surely win the show. The next day, Manga is seen practising the catwalk. In fact, in just one night, she learns it.

In barely 24 hours, Manga needs to be on the ramp, ready to face the crowd and the judges. Will she be able to do what Nithya did? Will Manga really win the title of Miss Hyderabad as Nithya? We’re sure she will. In fact, Manga will not only win the title and impress everyone, but also bring Nithya’s reality out in the open. What do you think?

For some more entertainment, check out Maate Mantramu on ZEE5.

Maate Mantramu 29 May 2019 Preview: Vamsi Feeds Dinner To Vasundhara In The Cottage