Will Jai And Manga’s Love Story Succeed In Kalyana Vaibhogham?

Jai and Manga have gone through an extremely rough patch and things are finally settling down between them. But will their love story really succeed? 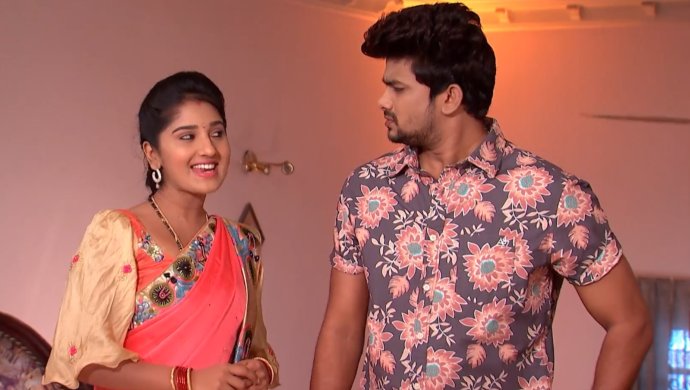 One of the most entertaining shows on ZEE Telugu currently is Kalyana Vaibhogam which stars VJ Sunny and Meghana Lokesh in the lead roles of Jai along with Manga and Nithya. Initially, Jai and Nithya fell in love and were all set for marriage. But then the mastermind that she is, Nithya somehow found out that Jai’s family has been cursed four generations ago and whichever girl marries in the family, she will not be alive for long after the marriage. In order to save her life, Nithya sets up Manga to replace her and waits for the right time to take her rightful place as Jai’s wife.

The simple and innocent Manga tries to cover up for Nithya but eventually gives in to the pressure and reveals her true identity. That makes Jai loathe even Manga’s shadow. Later, Nithya fakes her own death and everyone believes it. Thinking that the curse has been cured, everyone in the family encourages Jai to accept Manga as his wedded wife. But it all goes in vain.

In the last few episodes though, the distance between Manga and Jai has been reduced. After a long time, Jai has finally been happy with and because of Manga. Jeji and Janardhan (Jai’s grandmother and father) are happy about their union and decide to set up a muhurtam for them. In the temple, the priest questions Jeji about Nithya’s death. Chandrika eavesdrops on their conversation and comes to know about the generational curse. Unlike before, now she wants Manga and Jai to be together and Manga senses something fishy.

While Jai is happily celebrating his new-found love and compassion for Manga, it will be interesting to see what happens to their relationship. Will Manga really die because of the curse? Will Nithya’s mother try to stop the injustice from happening to Manga? Will Chandrika spill the beans? Let us know your thoughts in the comments.

Until then, check out what is happening with Vamsi and Vasundhara in Maate Mantramu on ZEE5.