Why Does Mrudula Break Down After All This Time In Ninne Pelladatha Suddenly?

Since forever, Mrudula has been the strong one and has sailed through all difficulties in life. But now she has broken down. 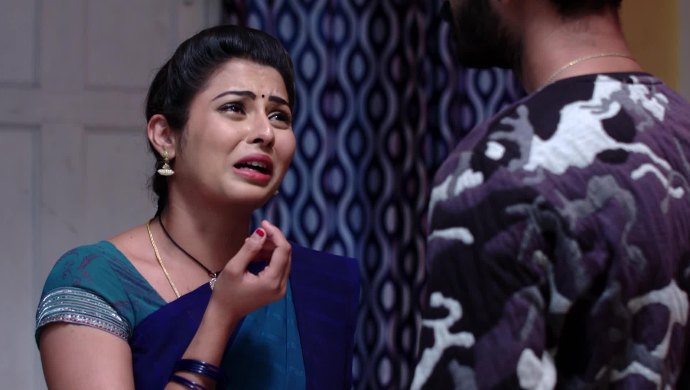 It is not wrong to say that Mrudula (played by Madhubala) was born between troubles and hardships, in the Telugu TV show Ninne Pelladatha. Yet she bore everything with a dash of smile. Falling in love with Madhu (played by Abhi Prathap) seemed to be a dream that was beyond achievable. But she got her way out of it. With some happiness thrown in every once in a while, Mrudula dealt with every trouble on her way without any complaints. Slowly but steadily, Mrudula’s happiness was reduced to love from her husband and her parents. Her own sister, Mansi (played by Sree Priya), became her biggest enemy. Of course, Brahmini topped the list of ‘people who hate Mrudula’ at all times. There is nothing new in it. But what has changed now?

Brahmini kept insulting Mrudula by referring to her as a servant even after she married Madhu. Such insults were hard-hitting, but Mrudula did not react. She strongly believed that it’s a phase that will pass and eventually, Brahmini will see the good in her. Through the ups and downs, Madhu did all that it took to make her feel better. His blind trust and unconditional love kept them together when everything around them came crumbling down. But now, we see her hugging Madhu and crying her heart out.

All it took for that to happen is a few words by Brahmini. Earlier in the episode, Mrudula spoke to Brahmini and told her to let go of the past and start afresh. Brahmini’s response to her was cruel as always. She disconnected the call by saying that Mrudula will never be worthy to even touch her dead body. A few hours later, Mrudula was in her room all by herself. As soon as Madhu entered, she failed to hold back her tears. Despite Madhu’s attempts at consoling her, Mrudula continued to weep. She told Madhu the importance of being accepted and making her in-laws proud and failing to do so herself.

It will be interesting to see if Mrudula lets go of the past or continues to be attached to it, now that she has a company to run. Keep watching this space for more updates.