What Boredom? Your Favourite Varudhini Parinayam Is The Best Cure To Get Through Lockdown

This is the best time to bring out your inner binge-watch hero and start with the popular Zee Telugu show, Varudhini Parinayam on ZEE5 once again. 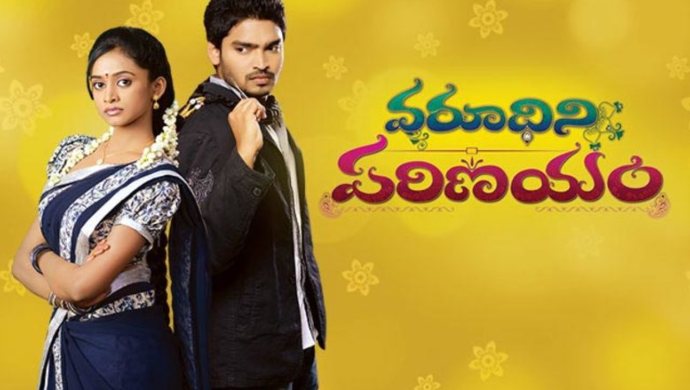 With the recent developments, quarantine is the new normal and there is only one way to get through. And that is by keeping yourself occupied. It is important to stop yourself from becoming a couch potato. Here’s the brighter side, while you can do all the chores and pursue all your hobbies, you can also spare some hours to catch up on your favourite films and shows. If you have been missing a past favourite, this is the most ideal time to do it.

Varudhini Parinayam aired on Zee Telugu from 2014 to 2016 successfully. The show is a Telugu remake of the popular Zee Tamil serial named Poove Poochudava. Following the success of the Telugu and Tamil show, it was also remade in Kannada as Gattimela. It was with this show that many of us found bullithera‘s handsome hero, Ravi Krishna.

The show revolves around Shiva and Shakthi. Shiva is a well-educated, rich businessman who cannot stand women. Not only he hates their existence, but he also makes his hatred obvious to the women around him. Shakthi, on the other hand, is a simple girl belonging to a middle-class family. She is ambitious is no less than a son to her parents, who have four daughters.

Fate has plans to bring them together, but that’s not what they want even in their farthest dreams. Shiva and Shakthi’s initial meeting, too, happens to be an outcome of their hatred and ambition, respectively. How the people around them and their destiny bring them together is the crux of the story. If you have seen the show, you know how beautifully it all comes together. And if you haven’t, here’s a romance-drama that you should totally invest your time in.

Check out all the episodes of Varudhini Parinayam on ZEE5. You can also get all the live updates on Coronavirus on ZEE5 News Section.

Do You Think Ghosts Can Be Hungry? Allow Geethanjali To Enlighten You