The third song of the actor’s next just launched. And then there’s Kabir Singh at the theatres tomorrow. Why not watch Vijay’s old hits till then? 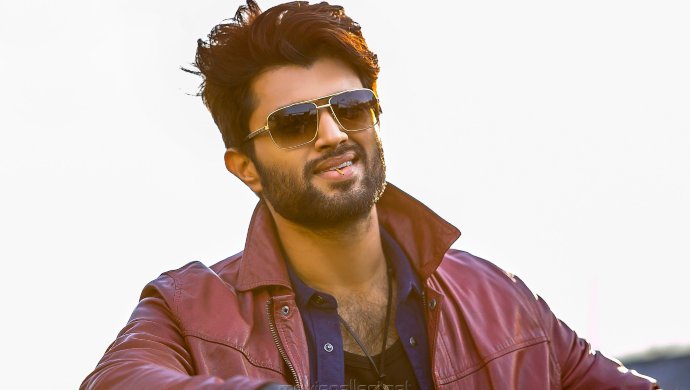 We last watched him on the big screen in the runaway hit Taxiwaala in 2018. Since then, it has been a bit of a wait as Tollywood’s latest heartthrob Rowdy Vijay Deverakonda’s next movie Dear Comrade kept getting delayed. But looks like things are on track now with the release of the third song, Gira Gira. This lyrical song, also featuring Geetha Govindam star Rashmika Mandanna, is sung by Gowtham Bharadwaj and Yamini Ghantasala. It’s set at a wedding and you will have to actually watch the song to know the sizzling chemistry that Vijay and Rashmika share between them. While there is still about a month for the movie to release and for you to watch the bond they share on screen, you can catch that chemistry at the Zee Mahotsavam 2019 where the two rocked the gala when they went up on stage.

And while you are at it, do not forget to check out the actor’s entry to Zee Mahotsavam where he actually did a rally with his fans. Meanwhile, with the remake of Rowdy Deverakonda’s smashing hit movie Arjun Reddy, Kabir Singh, starring Shahid Kapoor, is all set to release tomorrow, here’s taking you back to some of the Tollywood actor’s superhit movies that you can watch on ZEE5.

Vijay Deverakonda and Rashmika Mandanna literally light up the screen in this beautiful romance. They are ably supported by Anu Emmanuel, Subbaraju, Nithya Menon and Vennela Kishore among others. Vijay plays Vijay Govind, a professor who wants to marry a girl who is traditional. He meets Geetha (Rashmika) in a temple and falls for her. While she initially likes him, it all goes haywire when he kisses her accidentally while trying to click a selfie with her. Their relationship is marred by misunderstandings. Then when Geetha starts liking him, he starts maintaining a distance. But what happens when Geetha’s wedding is fixed with someone else? Will Vijay be able to win her back before it’s too late? Watch to find out.

Starring Vijay Deverakonda and Priyanka Jawalkar, Taxiwaala is a movie that has multiple layers. In this Telugu comedy, Vijay’s character Shiva ends up working as a taxi driver after frantic job hunting. Priyanka’s character Anu, who is a doctor, and Shiva, fall in love with each other in the strangest possible manner. The movie also has a hint of supernatural as the cab that Shiva drives, a modified vintage car, is seemingly haunted. And then there’s more. What all? Watch the movie to find out.