You can now enjoy a fun-filled ride with Ala Ela starring Rahul Ravindran, Vennela Kishore and Hebah Patel on ZEE5, now available for free. 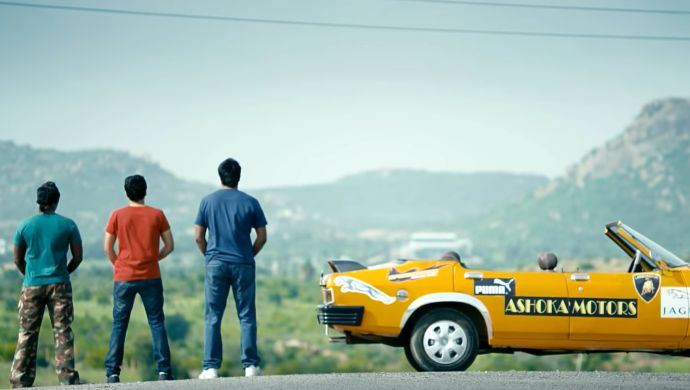 Lockdown is a great way for most of us to catch up on all the good films. ZEE5 has been pushing out good films, time after time, to keep you safe and entertained at home. This time, we have Ala Ela and even critics approve that this film is exactly what you want during this quarantine.

Ala Ela is a 2014 film which stars Rahul Ravindran, Vennela Kishore and Shaani Shalom in the lead. The film also has Hebah Patel, Bhanusri Mehra and Khushi. Directed by Aneesh Krishna it is a buddy-film along with a romantic-comedy. While the audiences found a personal connection with the actors, critics appreciated the easy approach to the film.

The story of Ala Ela revolves around Karthik who has to marry a girl from his native village to fulfil his grandfather’s wish. He takes his friends on a road trip, while also they can meet the girl, Divya. Karthik tells his family to avoid giving out any information to the Divya so that he could succeed in making the girl fall in love with him, before the marriage.

The journey begins just as they plan it. But upon reaching the village, Kartik meets Shruti and falls in love with her. He manages to see Divya, too. But fate has an entirely different plan for Karthik and he is stuck between fulfiling his grandfather’s promise and taking a leap for his heart. What will he do? Go for the girl who has his heart or go for a girl who helped him meet the who has his heart?

Priyadarshi, Shashank And Team Loser Talk About Their Show At The ZEE5 May Calendar Launch