Was Part Of NTR’s History As It Rolled Out, Says Vishnu Manchu On High Five With ZEE5 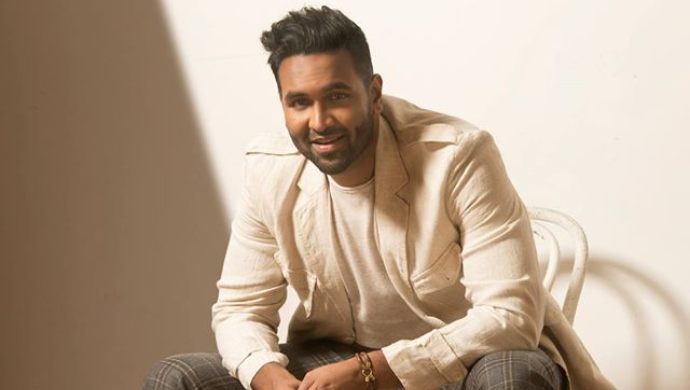 Vishnu Manchu’s production company 24 Frames Factory ventured into the digital world with Chadarangam. It premiered on ZEE5 in February 2020 and is a fictionalised tale that takes inspiration from the life of late actor-political NTR. The nine-episode web-show features Meka Srikanth and Ravi Prakash at the core of its story. Actors like Jeeva, Nagineedu, Kasi Vishwanath, Sunainaa, Ramya Pasupuleti and others also have important roles in it.

Watch the trailer of Chadarangam here:

Chadarangam won the title of ‘Most Watched Regional Show’ at the High Five with ZEE5 May event. To claim the glory and revel in it, Vishnu Manchu was present at the conference call which was viewed by fans across the globe. Vishnu also spoke about the show itself. He said, “I am a huge history buff. If not an actor, I would probably be a Police officer or in the Army.” He added, “My family is closely associated with the late NTR garu and his career.”

“I was in the corridors of his house when my father would speak with him about Politics. When he was legally elected in 1984, he was hailed as the God. I was part of history as it rolled out. So, I wanted to take that and present it to a larger audience.” Vishnu went on to claim, “His aura fascinates me.” When asked about the courage behind choosing a controversial topic as such, Vishnu revealed the details.

He said, “It’s a game of chess. I am not a player, but I have been watching it closely. You have to move your coins properly or it’s a disaster.” Months before Vishnu’s plan, Balakrishna (NTR’s son) came up with a two-part film featuring the legend’s story. “But I did not see the complete exploits of him as a politician, which is what I wanted to dissect. And ZEE5 came on board to create a series.”

Sharing the journey of making the show, Vishnu mentioned, “We did thorough research by speaking to IAS officers of the time as well as filmmakers. But a bit of it is fictionalised as well. We wanted to show whatever is there, the conflicts and the resolve. We knew people might be offended with it. But the story proved itself.” Finally, Vishnu made an interesting revelation.

He said, “Srikanth was sceptical about it. He rejected the idea or his potential to play the part. We had a long conversation and I told him that you need to migrate to web series. Don’t have any inhibitions. Yet, he wasn’t convinced.” Vishnu cut the chase and debate about theatre v/s digital by saying, “The (film) industry is warming up to the idea of the digital medium.”

You can watch the show here on ZEE5.

Monday Motivation: Give Your Tresses Some TLC With Vithika Sheru’s Secret…

How Do Three Losers Come Together To Write Victory? Watch It In Loser Ft. Priyadarshi And Shashank, On ZEE5

EXCLUSIVE: It Was Equally Rewarding To Do A Web Series Like Loser, Says Actor Priyadarshi