Vijay Deverakonda Reveals Plans On Entering Bollywood, Says He Will Do THIS Type Of Cinema

Tollywood’s hot property, Vijay Deverakonda shared his thoughts and plans on crossing over to Bollywood. Read about it here 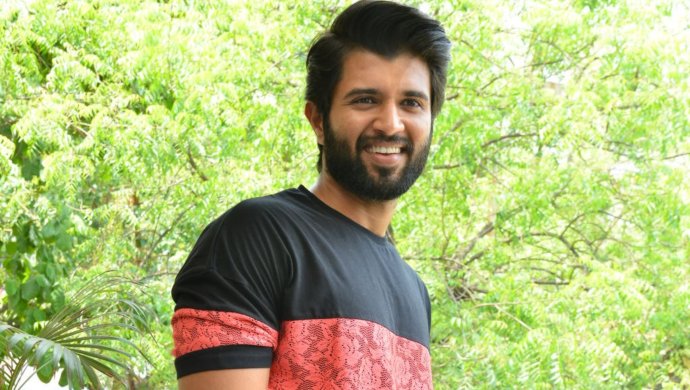 Tollywood industry’s hottest property, Vijay Deverakonda is no more a regional star. His work is watched, recognised and appreciated across the country. Lately, the actor has been making many trips to the land of Bollywood, Bombay, and everyone is expecting his Bollywood debut to be around the corner. But the actor spoke about the fleeting rumours and here’s what he has to say.

In a recent interview with veteran journalist Anupama Chopra, the actor sat down along with other artistes from across industries and country. Given the raging rumours, the interviewer was keen on learning about Vijay’s plans on crossing over to Bollywood, like us. Vijay, who sat quietly through most of the interview, spoke about this issue and it’s what we all expected.

He said, “Definitely, the kind of cinema if I do, will be restricted to some kind of neutral cinema that will work across cities. One that is not very rooted culturally.” The actor further added, “The first thing is, of course, the language. But coming from Hyderabad, there’s a lot more Hindi. You hear it a lot, you speak it a lot. but you speak a different dialect – Deccani.”

He clarified further, “I know I can figure it out but definitely, to be born in a place and be brought up there, to be social… I can’t play a Delhiwallah, for example. I don’t even know whether to say Delhi or Dilli.” If the language wasn’t enough, here’s what makes him reconsider and stay back. “The traffic and the rains are also very bothersome.”

OG fans may remember his hesitation and discomfort while portraying the role of Varun – a young and dynamic political leader – in the Tamil-Telugu bilingual film, NOTA. If not impossible, the actor’s Bollywood debut is clearly not on tables anytime soon. But you can watch his film, Taxiwaala, on ZEE5 now.

Get Ready To Laugh Out Loud Because Amrutham Comes Back After 18 Years, Only On ZEE5