Vijay Deverakonda, Nani And Other Celebs Extend Their Best Wishes To Team Amrutharamam

A couple of days before the release of ZEE5 Exclusive film, Amrutharamam, Vijay Deverakonda extends his best wishes to the team via a video message. 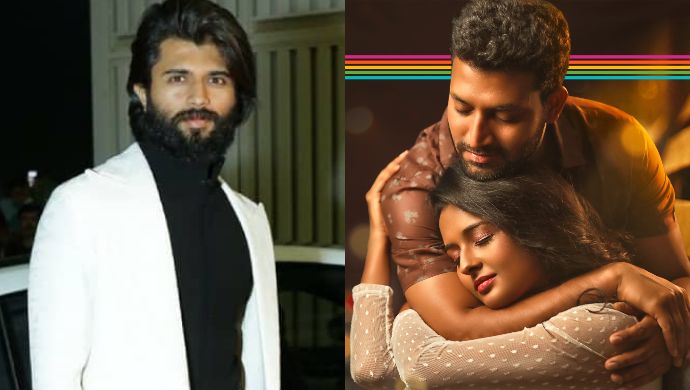 In the midst of the coronavirus pandemic, ZEE5 has been going the extra mile to keep people entertained at home. Not only adults, but also kids’ entertainment is being taken into consideration. We all are missing going to the theatres and at a such a time, ZEE5 has brought a new film to us. Titled Amrutharamam, the film is a love story which showcases the extremism of a person’s love for another.

Directed by Surender Kontaddi, it stars Amitha Ranganath and Ram Mittakanti in the lead roles. The director makes his debut with this feature film, as do the actors who step in the shoes of leads for the first time. The film is set in Australia and deals with two opposing personalities who fall in love, deep and hard. As they decide to take things ahead, the problems start to take over their happiness. How they reconcile is the crux of the film.

Earlier today, actor Vijay Deverakonda shared a video message with the team of Amrutharamam. He wished the director the best for the film, and said, “I wish the entire team all luck and cinema superhit avvali ani karukuntuna (wishing for the cinema should be a superhit)”. Check it out.

Amrutharamam sees its worldwide release on ZEE5, on April 29, 2020. Stay tuned to watch the film and check out our recommendations, in the meantime.

Birthday Special: Why Samantha Akkineni’s Jessie Is The Best Heroine We…