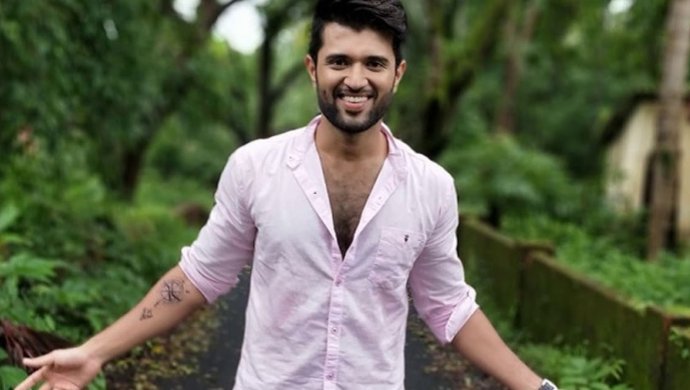 If there is one thing that we cannot debate about, it is the phenomenon called Vijay Deverakonda. He tried to make a smooth entry into the Telugu film industry. When things got hard, his desire to make it big got stronger. Slowly and steadily, he rose to stardom with films like Pelli Choopulu and Life is Beautiful. And then, he broke all barriers, crossed all boundaries and became the ultimate star with Arjun Reddy. The negativity and flak aside, Vijay knows how to celebrate what is rightfully his. Now, yet another milestone has been achieved.

Earlier in 2018, Vijay took a plunge into the digital world and reached out to people with his Instagram page. Given the buzz and madness around him, it wasn’t long until the actor was verified with a blue tick mark. Now, less than a year later, he has garnered 5 million followers, leaving leading stars like Mahesh Babu and Allu Arjun behind. This also makes him one of the most followed South Indian actors on the photo-sharing app. Recently, it was learned that the Taxiwaala actor is ‘the most searched’ actor on the internet.

Well, you cannot blame anyone. Time and again, he has drawn attention towards him, with his irresistible charm. Post the success of Arjun Reddy, Vijay delivered the hit films Geetha Govindam and Taxiwaala. The actor was seen playing the role of a young student leader who goes on to find himself in the melodies and harmonies of nature, in Dear Comrade. Most viewers and critics, alike, appreciated his performance in the film. Soon, he will be seen on the 70mm screen in World Famous Lover, which is set to release on 14 February 2020.

No 1 Kodalu Weekly Update From 9 to 14 December 2019: Vagdevi Is Felicitated