ZEE5 Kids is back with better shows to keep your kids happy, entertained and safe from the pandemic. Guddu is all set to be your child's new BFF. 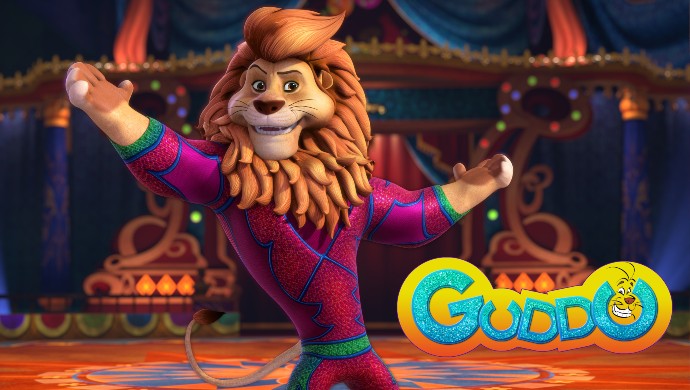 In the early phases of the nation-wide lockdown, due to coronavirus, ZEE5 announced a special move. The ZEE5 Kids section was launched to provide an umbrella to all the content that was meant for kids. Now, you have access to all good kiddie stuff at just a click. The platform has been constantly trying to add bigger and better shows and films to keep children hooked and contained inside the four walls, which in summer vacations is a hard thing to do.

The recent addition to the ZEE5 Kids gang is a new show named Guddu. The show is created by Cosmos Maya and is everything that we want, in such a time. It spans over 39 episodes and consists of the many exploits of the furry hero. Guddu has a huge gang consisting of various animals, who are all highly interesting character. They perform circus in Falana Nagar and stay in a forest named Dhimkana Nagar.

Guddu’s gang consists of Veeru the Rhino, Ballu the elephant, a flamingo couple named Bunty and Babli, three notorious monkeys named Chugli, Ugli, and Googly. It also consists of Jiru the giraffe, Hiru the Deer calf and Honey Aunty the bear. Just like Guddu has loving friends, he also has hateful enemies. Billori is a wealthy and evil cat who cannot stand Guddu and goodness.

Billori is constantly on the lookout to create trouble and havoc in Guddu’s life. But Guddu always finds a way out of her plans. You can join him on a new adventure which starts on May 8th, 2020.

Watch all the content for kids only here on ZEE5.

Loser Motion Poster: 3 Individuals Come Together For The Big Win Against All…