Birthday boy, Trikvikram Srinivas leads an unusual life that is filled with story and if you listen close, there's more to his words than you know! 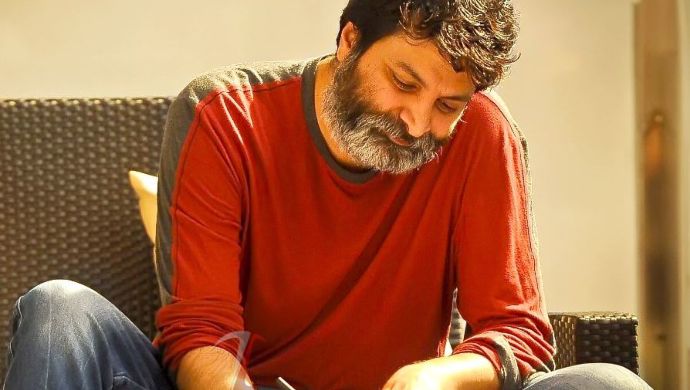 Film maverick, people’s darling, actor’s best friend! Here’s a man who gave us gems like Aravinda Sametha Veera Raghava, Khaleja, A Aa, Julayi, Atarinki Daaredi, to name a few. Tollywood’s most prominent writer and director, Trivikram Srinivas turn 48 years on November 7th. The remarkable filmmaker happens to share his birthday with the legendary actor Kamal Haasan and the powerhouse performer Anushka Shetty. There’s a reason why Trivikram is popularly known as the ‘Matala mantrikudu‘ which means a magician of words. Let’s explore.

The filmmaker takes less than a fraction of a second to answer that the first book he ever picked up to read was Amrutham Kurisina Ratri written by Devarakonda Balagangadhar Tilak. That’s how we know that his relationship with good story-telling ages back to his early childhood. He also admits having penned down poetries and stories after reading the book. However, there is no testimony to it because he tore the pages apart and threw the work that he did not deem qualified.

Many cinephiles and film critics have pointed out the pattern that follows in his films. From family dramas to journey to self-discovery, all of his films have a hint of the great Indian Mythology, of Ramayana and Mahabharata. But Trivikram maintains that the stories that come from him are influenced by every single detail of his life. Naming a person, book or incident would be unfair on the part of others, who contributed to his being.

Trivikram Srinivas did not land into the world of storytelling by fluke. It was a conscious decision that he had been planning and honing since the tender age of 15-16 years. Just to satisfy the wishes of his father, the filmmaker completed his under-grad in Nuclear Physics. Not to forget, he also bagged a Gold Medal before going on do complete his MS. Unlike most youngsters, this man knew his path to victory. So, instead of waiting in queues and ‘wasting time’ to be an Assistant Director, he chose to join writers.

This man, who strictly opines that he carries no intent to incorporate elements from the great mythologies, is a self-admitted lover of literature. He claims that the profession of making film-making was looked down upon in the early days of his childhood… Just like theatre was once disrespected… Just like writing the Vedas was considered shameful… Just like Valmiki was touted to cheap to penning down miseries of people… But every few years, art gets its due credit, talking about the growing respect of filmmakers amongst the general audience.

“Vedam is supposed to take us close to nature. It’s about praising nature and understanding it,” says the director arguing about the presence of mythology in his films. “Ramayana and Mahabharata are probably the bases of our lives, it’s embed in our core systems”, he believes is the reason for the hint of these mythologies in his films. Making another interesting anecdote about this, he says, “Vedam is like a strict guru, you listen to them out of fear. Puranas are suggestive like friends. You consider listening to them. Kavyam, theatre, films are all like Preyasi. You want to listen to her.”

Clearly, using an element from the mythology and literature has helped him connect better with audiences. One might wonder, a man who references to stories about gods in everyday conversation, must be highly spiritual. However, Trivikram affirms that is he is spiritual, who believes in the greater being. But does not buy into poojas or rituals. His work is his only prayer. And we all know that the greater being is hearing his prayers loud and clear.

Wishing this filmmaker many more successes ahead, we sign out. Don’t forget to catch up on his film, A Aa on ZEE5.