This Thursday, rewind to the 1980s by tuning into Akkineni Nageswar Rao and Nagarjuna-starrer Agni Putrudu on ZEE5, for free! 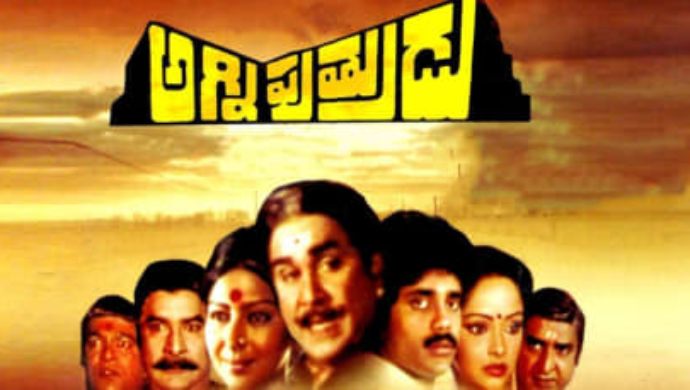 The lockdown has provided us with enough time to do the things that we hadn’t paid attention to over a period of time. One of those is also spending time our family, mindfully. While technology has developed way too much, the one thing that brings families together, even today, is films. So, we wonder what to throwback on social media from the years gone by, here’s an interesting watch.

Celebrated filmmaker, K. Raghavendra Rao garu directed Agni Putrudu in 1987 with Akkineni Nageswar Rao, Nagarjuna, Sharada, Rajini and Shivaji Ganeshan in the lead roles. The movie, whose title translates to ‘Son of Fire’, was screened at the International Film Festival of India and has been a landmark film in its own ways. SP Balasubramaniam, Janaki and Susheela have lent their iconic vocals to the soundtrack of  Agni Putrudu.

The story revolves around a godman named Bharadwaj and his family, which consists of his wife Brahmaramba, son Kalidasu, and daughters Gayatri and Jahnavi. Bharadwaj believes that righteousness and non-violence is the only correct way to live and wishes for his son to follow the same path. At one point in time, the villagers decide to appoint Bharadwaj as the chieftain of their Viswachaitanya Gurukulapeetam.

Elated by this, Bharadwaj tries to do his bit for the welfare of the villagers. At the same time, a malignant Zamindar named Bhupathi tries to ruin the life of Bharadwaj and his family. It all changes when Kalidasu is kicked out of the house by Bharadwaj. Kalidasu fixes the situation in his village and within his family, by going against his father’s lessons. Will Bharadwaj learn that his son’s way wasn’t wrong, only different?

You can also check out many more retro films on ZEE5.

Wow Wednesday: 5 Tollywood Ladies Who Are Working Hard To Make These Testing…

Exclusive: Loser Is All About Motivation And Hope, Says Director Abhilash Reddy

Loser Jukebox: Three Soulful Songs From This ZEE5 Original That Will Surely Impress You