Throwback Thursday: May Peace Return To You As You Enjoy Balakrishna’s Sri Rama Rajyam

Enjoy this Thursday, by watching Balakrishna and Nayanthara's throwback film, Sri Rama Rajyam. You can now enjoy it on ZEE5 for free. Get binge-ing. 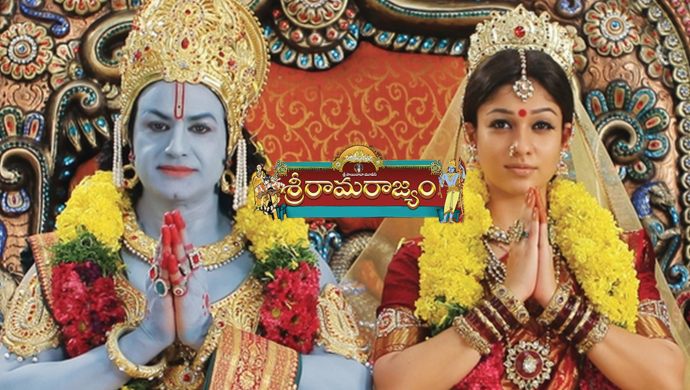 Hey, hey! You made it to yet another Thursday and we have the perfect dose of Throwback for you. Today, check out Balakrishna and Nayanthara’s Sri Rama Rajyam which is now available to all the ZEE5 subscribes for free. If you think the lockdown has been hard, remember that art can make everything better. We’ve got your back.

Sri Rama Rajyam is a film directed by Sattiraju Lakshmi Narayana, also known as Bapu. It also marked Bapu’s last directorial venture. With Balakrishna portraying Ram and Nayanthara portraying his Pativrata Seetha, the film is a take on Ram’s rule in Ayodha as the king after returning from his 14-year exile.

The film gained critical and commercial success overseas, too, and was showcased at the International Indian Film Festival in 2011. In the following years, the film was dubbed in Tamil and Malayalam. And it is no surprise that the film managed to impress all of its audience with the same vantage.

Given our times and difficult situations, it is not a bad idea to watch something that is entertaining also related to the biggest source of hope. This devotional tale makes everyone sit wide-eyed and connect to the epic characters in a brand new way. You can call your family and call it a family-time during the lockdown.

Watch the full film on ZEE5, for free. Check out more such film here.