The gorgeous actor is in rewind mode, and so are we. So we just tuned into her movies on ZEE5 and let nostalgia kick in. 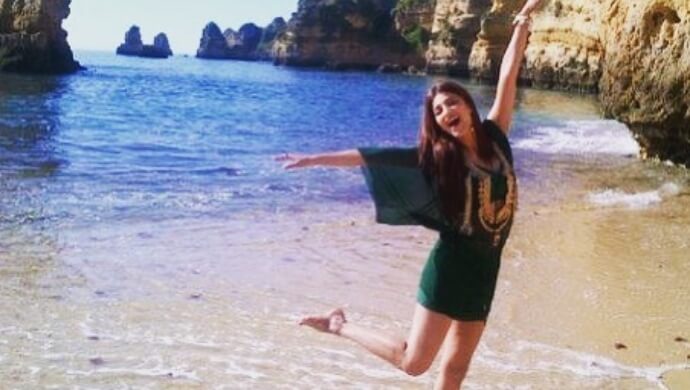 The beautiful Telugu film actor Shruti Haasan has brought back many memories with her throwback picture on Instagram. The actor shared a picture from her vacation in Portugal where she had gone six years ago. In the picture, we see her posing with a bright and wide smile, making the most of her holiday.

6 years ago today in Portugal ❤️ take me back !!!!!!! #love #thankyoufbmemories

Since the pretty actor is in throwback mood, we thought of extending it further. So here’s a recap of Shruti Haasan’s films that you might want to binge watch on, only on ZEE5.

Exactly six years back, just like the throwback picture, Shruti had given us Balupu, a film with hilarious comedy scenes, intense action scenes and the weirdest references. The film also featured Ravi Teja and Brahmanandam. Balupu is the story of a regular man who wants to teach corrupt people a lesson. Amidst completing his work, he finds a girl he cannot take his eyes off. He tries to impress her but has no qualities that she would appreciate. How his crazy attempts and even crazier people in their lives make her fall in love with him is what keeps you at the edge of your seat.

For ages, movies have been telling us that a girl and a boy can never be friends. Shruti’s film Oh My Friend is the one that challenges the so-called notion. First-of-its-kind, the film is about two best friends who share everything with each other. They grew up together and can never live without each other. When the people around them said they are a couple, they challenged the societal norms and proved that a girl and a boy can remain friends for life.

Mostly all actors want to play the role of a glamorous city girl but not Shruti. In Srimanthudu, she plays a village girl who comes to the city to study the ways in which she can develop her village. She is dedicated to her cause and ends up inspiring the hero of the film, Mahesh Babu.

Head to ZEE5 and get your dose of more such throwback films.

Exclusive: This is what Amala Akkineni found out while shooting for High Priestess