From studying for IPS exams to becoming a star in Kannada and Telugu TV, Ninne Pelladatha's Mansi has come a long way. Read about her journey here. 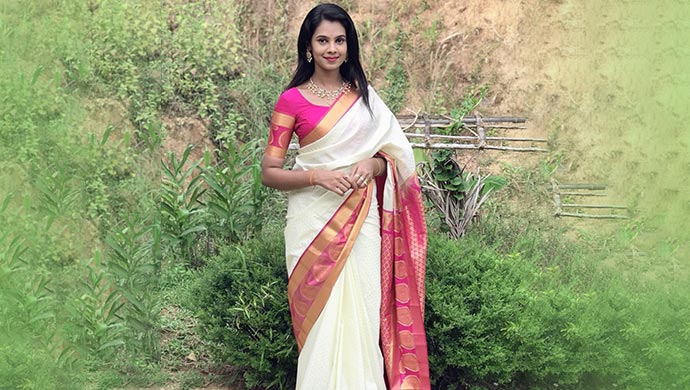 Anusha Hegde is the girl who makes everyone go crazy. While girls go bonkers over her style, men fall for her beauty and generally, everyone falls for the twisted characters she plays. You may know Anusha Hegde as the petite, almond-eyed girl who plays the role of Mansi in the Telugu show Ninne Pelladatha. Mansi is wicked and possessive on screen. But Anusha had not planned for her life to be the way it is.

Born and brought up in Karnataka, Anusha had no plans of becoming an actor or entering the industry. In fact, she was preparing to become an IPS officer. She had also completed a year of training for the exams. The actor, who keeps her fans and followers regularly updated on social media, owes the change in career to her social media activities.

The editor of a Kannada show stumbled upon Anusha’s Instagram profile. He liked her pictures and shared them with his director. Some days later, Anusha was called in for an audition. Since she had no background in acting, Anusha was uninterested in the audition. But when her family and friends encouraged her to give it a shot, she went ahead. After the audition was the screen test. She conquered all the initial obstacles and was deemed fit to be cast in the show.

Anusha confessed that her first few days on the set were terrible and that she failed at everything. Having lost patience, the director had to scold Anusha. Her father had once been actively a part of theatre and so she knew what an acting career would entail. But the reality had become too much handle. Anusha gathered herself and went through the same drill again. And her persistence, soon, made her a household name. She soon moved her base from Kannada to Telugu shows and landed herself a role in Ninne Pelladatha.

Since then, there has been no looking back for this boss lady. You can watch more such shows on ZEE5, anytime and anywhere.