The festival of colours and celebration has many myths and legends attached to it. We found a few of the coolest stories. Check them out here. 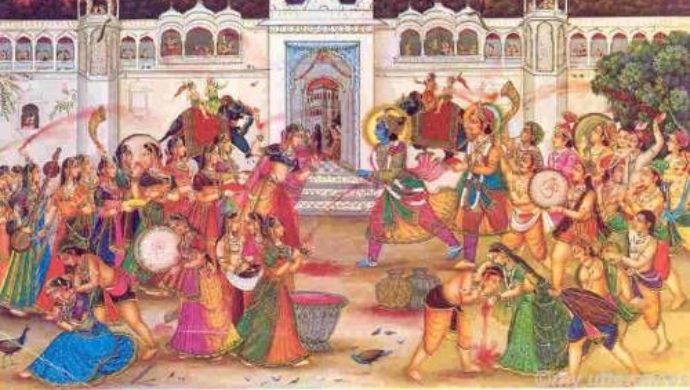 We all know Holi as the festival where we can let ourselves loose and enjoy from day to night. With colours flying out of every corner and music blasting in every street, the festival of Holi comes across the best desi party we can imagine. Topping up the day full of dancing and rejoicing, there is also delectable food, lip-smacking desserts and the unmissable Bhang. But did you know the festival has a lot more meaning to it than just celebration? Read on!

The festival of Holi is said to be the oldest one, and its mentions have been found in ancient scripts dating Before Christ. However, the meaning and importance of it have been constantly changing. While this may seem odd, the constant change has done some good, too. It’s because of the evolution of legends, through various times, that we have many interesting tales and legends associated with the festival. Here are a few of our favourite picks.

We all celebrate Holika Dahan, but few of us know the real reason behind it. Holika was the sister of demon King Hiranyakashyapu, the king of Asuras. He was blessed by the gods which granted him immortality. His own son, Prahlada was a devout follower of Lord Vishnu and disagreed with his father’s arrogance and superiority. When the king understood that his kingdom could see a downfall because of Prahlada, he tried to get rid of him. However, nothing worked until Holika’s plan was put to practise. The aunt tricked Prahlada into sitting on a pyre with her. She guarded herself by wearing a cloth that would keep her immune from the fire.

What happened, though, surprised everyone. Lord Vishnu saved his devotee and allowed the fire to consume Holika, who was the symbol of evil.

Of equality and love, with Radha and Krishna

If you find stories cute, this one will make you smile. There are several songs and verses that talk about Lord Krishna’s complex with Radha’s fair complexion. It is said that the little Krishna went to his mother, Yashoda, asking for an explanation against the injustice of nature. To this, Yashoda asked him to change the colour and see the difference. So, Krishna went ahead and smeared colourful powder on Radha’s face, along with the other Gopis.

In that way, Holi is celebrated to wipe away all the inequalities and spread love amongst each other.

The effects of Kamadeva’s move at Lord Shiva

This legend of Holi involves Lord Shiva, who was deeply meditating after renouncing the worldly desires. His concentration broke when Lord Kamadeva shot love at him. Lord Shiva opened his third-eye and this effected in Lord Kamadeva turning into ashes. The aim of Kamadeva shooting the arrow was to evoke the worldly desire in the Lord once again, which would in return bring him to Parvati, who herself had been meditating to achieve Shiva as her husband. Kamadeva’s wife, Rathi went to the couple later and asked the Lord to revive her husband, who had taken the decision on the recommendation of other gods and goddess.

So, Holi is celebrated to commemorate the sacrifices of Kamadeva in the name of love.

Now that you know a few of the many legends, what’s your reason to celebrate Holi? Let us know in the comments below. You can also check out Chadarangam on ZEE5, to relax on the holiday.

Women’s Day Special: 10 Quotes By Powerful Ladies Of All Times That Will…

Exclusive: Was Drained Emotionally By 98.73 Per Cent During 47 Days, Says Actor Satyadev

Wow Wednesday: 7 Pictures Of Kriti Garg From Raahu That Will Make You Want A Vacation

How About A Kiss