The concept of marriage scares me, says Muddha Mandaram’s Mahi

Ladies, 'Ghattammaneni Prince Of Small Screen' Krishna Reddy is single! But guess who has captured his heart? 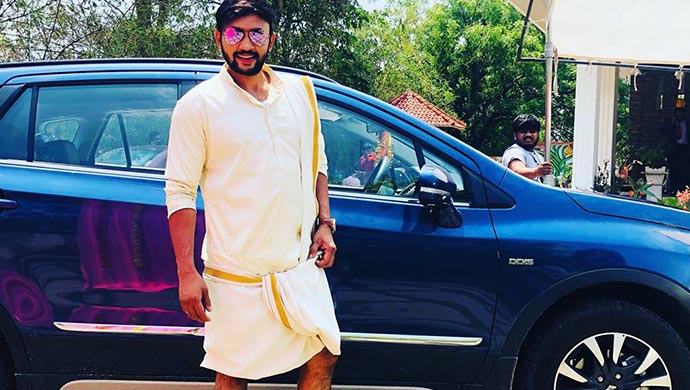 Krishna Reddy, who started his career as an anchor, found himself being hailed as the Ghattammaneni Prince of the show within a span of a few years. He saw new heights of success with the TV serial  Muddha Mandaram in which he plays the role of Mahi, also called Chinna Babu. With the growing success of the show, Krishna witnessed his popularity increase, along with a strong female fan following. For all his fans curious about his life outside the Telugu show, here’s some good news! Krishna is single. But, he isn’t looking for anyone right now.

During an interview, the actor confessed to being single. But he said he has no plans to go looking for love. When asked about his marriage plans, the actor said that the concept of marriage scares him. He mentioned that it is impossible to find love and marry the person when you are a part of an industry that does not stop working at any hour. If marriage is on the cards, it has to be an arranged one and only when he finds a girl who understands his professional commitments.

Krishna felt it is unfair to marry someone due to family pressure. He said that one cannot do justice to a relationship if one fails to give time and attention needed for one’s spouse. And that is why he is currently focusing on his career.

While Krishna may be single and still not ready to mingle right now, there is one girl who Krishna has never been able to forget. He recalls an incident from his Intermediate Junior Year when he saw someone walk past him. Harika, he says, is the one name he can never forget. Krishna maintains that no celebrity has ever come close to her beauty. And while the Telugu actor added that she may be married and might have kids, he will never be able to forget her.

Well, Krishna may be unavailable, but you can watch him whenever you wish in Muddha Mandaram or check out Ali Reza in Maate Mantramu on ZEE5.

Ram Pothineni-Starrer Hyper Is The Wholesome Entertainment You Need! Watch It On ZEE5

Can Manga Defeat The Generational Curse Of The Suryadevara Family?