For Me, Every Emotion Has To Be Intense, Says Leading TV Actress Meghana Lokesh 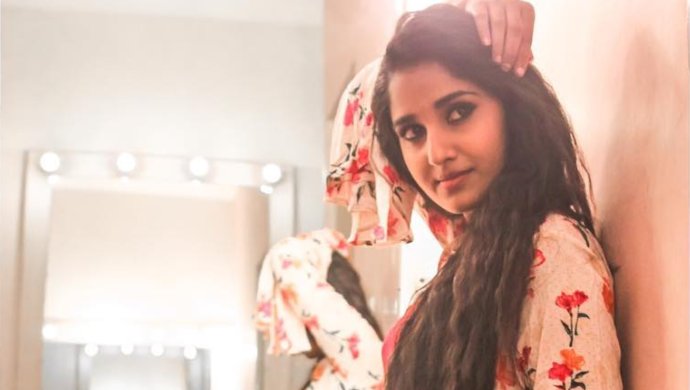 The one girl who has been ruling prime time television space with not one or two but three roles is Meghana Lokesh. You may know her as the girl from the hit Telugu TV show Kalyana Vaibhogam. She plays the role of Nithya and Manga. She also plays the role of Tulasi in the Telugu serial Raktha Sambandham. But there’s a lot about her that the world may not know. This chica has carved a niche for herself in just a few years and has become a household celebrity.

In a recent interview, the otherwise hyperactive actor sat down calmly and told us stories from her life. She revealed that she wasn’t proud of her name ‘Meghana’, until it became a name people fell in love with. She said she would yell at her father for thinking up such a common name and her brother for agreeing with him. She started coming to terms with it when she turned into a recognised actor.

Meghana credits her mother for ‘throwing’ her into the theatre class where she couldn’t act or dance and sat like a rock. But over the days, she learnt techniques and things that are embedded in her even today. She credits her acting chops, that people are so fond of, to her masters who laid the foundation in school. Meghana said that is where the “acting pichchi” got into her.

The actor maintains that she does not appreciate being unprofessional. But she also enjoys shedding off the layers of stardom and being an actor, someone who doesn’t mind sitting out in the open as the make-up artist does their job. After becoming the good girl on TV, Kalyana Vaibhogham came as a shocker to Meghana because it demanded her to be in a negative role as well. While Manga remains a sweetheart even after so many episodes, Nithya is the one spewing negativity and drama.

When asked what was the one thing about her job that affected her negatively, she confessed that is when people say she is ‘overacting’. Meghana said that it wasn’t the case and that she naturally emotes intensely, even in her personal life. She said: “When I want to cry, I cry. When I want to laugh, I laugh out loud. That is who I am. For me, every emotion has to be intense.”

Are you wondering what the deal with acting and overacting is? Watch it for yourself as she plays Tulasi in Rakhta Sambandham and Nithya or Manga in Kalyana Vaibhogham on ZEE5.

Maate Mantramu: 5 Strong Reasons To Prove Murali Can Never Come Close To Being…

Ninne Pelladatha BTS: Have You Seen These Cute And Goofy Pictures Of…

These 5 Young Actresses Will Brighten Up A Dull Tuesday