RIP Gollapudi Maruti Rao: Veteran Actor Passes Away In Chennai, At The Age Of 80

The veteran actor was a part of over 250 films, across South Indian film industries. He passed away at 80 at a hospital in Chennai. Read more here 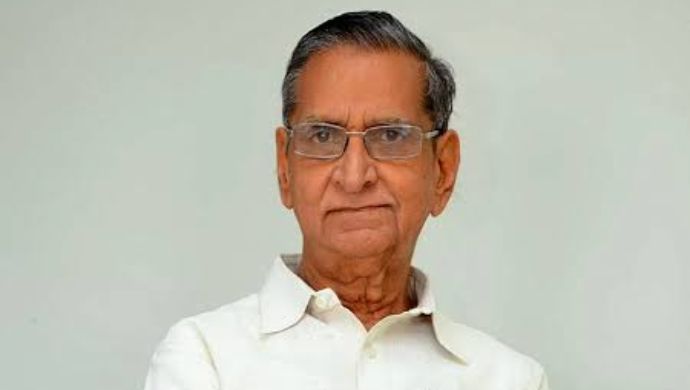 Gollapudi Maruti Rao, popularly known for his character roles on-screen, passed away on December 12, 2019. The veteran actor breathed his last at the private Lifeline hospital in Chennai, at the age of 80. He has been associated with over 250 films as an actor. He has also been a noted screenwriter, director, novelist, author, columnist and a playwright. Sources at the hospital mentioned that the actor was being treated there for various age-related ailments.

Gollapudi Maruti Rao was born in 1939 in Madras Presicidency’s Vizianagaram, located in the present-day Andhra Pradesh. He studied at the Andhra University in Visakhapatnam and started working as a Host and Station Incharge for All India Radio. He moved to theatre and wrote plays, alongside columns and other literary works, when he was approached by Dukkipati Madhusudan Rao, the establisher of Annapurna Pictures. He offered him to be a part of the film industry.

However, the transition from theatre to films happened when popular lyricist Krishnamacharyulu Dasarathi suggested him to take up screenwriting. Maruti Rao started by writing dialogues. Then he moved to the bigger picture – only to be noticed by Kodi Ramakrishna. It was this filmmaker who gave Maruti Rao his debut film, Intlo Ramayya Veedhilo Krishnayya. Because of his dialogue delivery and acting skills, the actor soon matched up to established comedians as such Allu Ramalingaiah, Rao Gopal Rao, Prabhakar Reddy and the likes.

Throughout his career, spanning many decades, the artiste has bagged many prestigious awards, including 3 Nandi Awards. The actor is survived by his second son, Ramakrishna. His elder son, Srinivas, passed away at an early age. And in his Memoriam, the late actor had established a theatre group and an award to encourage young stage artistes. The statement released by the family mentions that the actor’s mortal remains will be kept at his home for fans to pray and pay tribute to from Saturday to Sunday afternoon”

Many actors from the Telugu film industry have been sharing their condolences and memories of the actor. Truly, he is immortalised for us with his many brilliant films.

Amrutham Episode 4 Written Update: Amrutham And Anji Are Wooed Into A Ponzi Scheme