Ravi Teja Birthday Special: Running Away To See A Superstar To Becoming The Mass Maharaja

On the occasion of the Mass Maharaja's 51st birthday, let's take a look at his glorious journey to being one of the biggest superstars 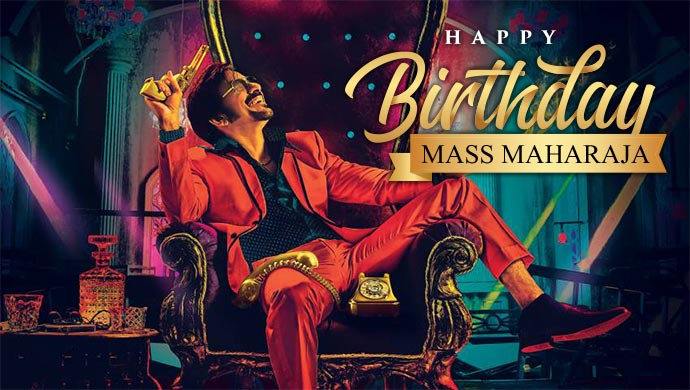 Having been in Tollywood for two decades, he has nearly 60 films to his credit and has been honoured with three Nandi Awards. One of the highest-paid actors in the industry, he is the man who can put a smile on your face anytime. Yes, we are talking about the one and only – Ravi Teja… the Mass Maharaja, as he’s popularly known. Eldest heir of pharmacist Raj Gopal Raju and Rajya Lakshmi Bhpatiraju, he was born as Bhupatiraju Ravi Shankar Raju on January 26, 1968. Having started from Jaggampeta in Andhra Pradesh, he grew up in several states and cities of India before finally settling down in Hyderabad and making his mark as a superstar.

Watch his film, Balupu, on ZEE5:

No one would have believed four decades ago that a boy who loved watching stars like Amitabh Bachchan and Govinda would one day be like them. But life is full of sweet surprises. And, Ravi Teja’s stardom has been one of those. As a young boy, he spent most of his childhood in Northern India and completed his bachelor’s degree in Vijayawada, after many hits and misses. These hits and misses in education stemmed from his love and craze for entertainment. Growing up, Bollywood had a strong influence on him. And this craze made him run away from his house in attempts to meet Amitabh Bachchan.

Years later, a youngster came to the industry and settled happily as an Assistant Director. He was on the sets of a film, and that is all that mattered to him. But you never really know what you are truly meant for. Ravi didn’t either, until he was offered Nee Kosam in 1999. And then, as they say, the rest is history.  Later, films like Khadgam, Idiot, Amma Nanna O Tamila Ammayi, Bhadra, Vikramarkudu, Kick, Mirapakay and Balupu only reinforced him as an actor you can cash on, without batting an eyelid. Gradually, he became one of the highest-paid actors.

Ravi Teja also made his way to the Forbes India list of Top 100 Celebrities consecutively, from 2012 to 2015. While people loved him as the boy next door, through the 90s, it was his comedy skills that gave him the much-deserved recognition. It was director Shobhan’s 1999 film, Chanti, that turned him into a star. At the age of 29, Ravi Teja tasted stardom like never before. Eventually, his brand of comedy become synonymous to comedy itself. However, stardom did not come kissing his feet. He worked and then worked harder until he reached a pedestal that made him god-like with a whole new fandom, ready to move mountains for him.

From dual roles to films led solely by him, Ravi Teja is amongst the select few actors who have never had to share the screen with anyone else. However, he has expressed his interest in working in a multi-starrer, especially with Pawan Kalyan. Recently, the actor was seen in Disco Raja with young damsels, Payal Rajput and Nabha Natesh. Next up, he will be seen as a cop, for the nth time, with Shruti Haasan in Krack.

Republic Day Special: 5 Dance Performances From Zee Family That Will Stir Your…

Throwback Thursday: Relive 2019 With These Pictures Of Deva-Parvathi And Their…

Fifty one years down, wishing him 50 more years full of fun, happiness and success this birthday. You can check out his films on ZEE5.

Birthday Special: Navdeep, Who Has Risen Like A Phoenix, Is An Inspiration For Youngsters