Now that we know about Gangadhar, who plays the lead in the ZEE5 Original Chadarangam, it is time to know his trusted aide - Bapineedu 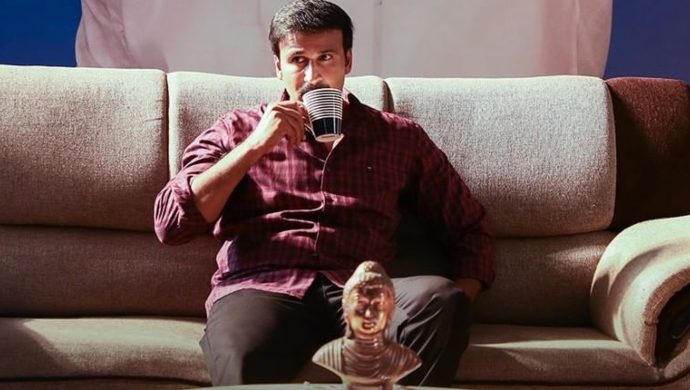 If you enjoyed the gripping tale of powerplay in Anish Kuruvilla‘s Gods of Dharmapuri, we have something bigger and better for you. Bringing many of Tollywood’s best actors under the same roof, ZEE5 Original show Chadarangam is yet another political drama. This one, however, is a fictionalised tale based on true events. The said events take place sometime between the 1970s and the 1980s, in erstwhile Andhra Pradesh. Led by popular actor Meka Srikanth, the show boasts of an amazing ensemble cast.
Watch the trailer of Chadarangam here:

Recently, we learned a little about the leading man of the show, Gangadhar. Now, it is time to move on to the person closest to him. It is time to meet Bapineedu, played by noted actor Ravi Prakash. Our little birdies tell us, Bapineedu is Gangadhar’s ‘right hand’ and most trusted party member. In fact, he also happens to be Gangadhar’s son-in-law. Having been keen on a political career from the start, Bapineedu carves his path from his college’s youth wing to state politics.

Describing the character, the social media pages have been saying, “Bapineedu is Gangadhar’s trusted aide and confidante! But in the game of power, do loyalties stay?” Time and time again, we have seen loyalties do change when the person is presented with something more on a platter. What do you think about it? Let us know in the comments below.

The nine-episode show, Chadarangam, premieres on February 20, 2020, only on ZEE5. In the meantime, you should check out mysteries of a small town in Kailasapuram.

Fashion Friday: Anupama Parmeshwaran Personifies How Beautiful A Girl In A Saree Can Be

5 Reasons You Need To Visit Indonesia’s Most Popular Island, Bali, Like Shraddha Das