Raja Narasimha Review: This Mammootty-Jagapathi Babu-Starrer Is A Complete Entertainer

The Malayalam film, dubbed in Telugu, has all the ingredients that make for a perfect masala flick 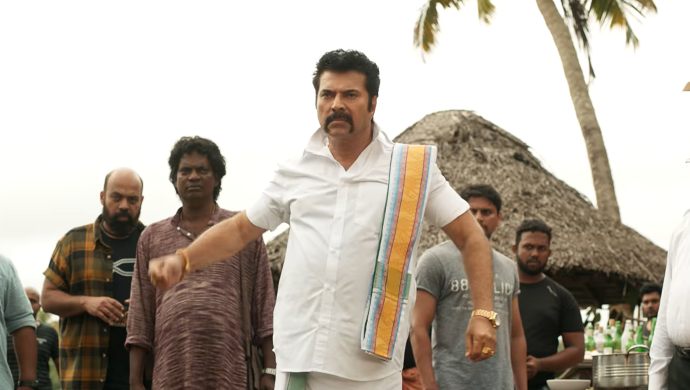 Most film buffs have come across at least a handful of mass entertainers starring Mammootty. If they have entertained you, Raja Narasimha will not disappoint you either. Raja Narasimha is the Telugu-dubbed version of the Malayalam film, Madhura Raja. Directed by Vyaskh, the movie is toplined by Mammootty and features a strong ensemble cast, including Jagapathi Babu. Not to forget, this much-awaited sequel also marks the highest-grossing film of the superstar’s career.

The story of Raja Narasimha may sound simple on paper. But on the big screen, it has all the spices and elements you need to make a commercial masala movie. The film starts with Balu, an honest police officer, who is excited to get hold of the liquor baron ruining his town and do good for the people. And that’s when we meet Girisham, the bad man played by Jagapathi Babu. He owns an illegal liquor business, which he runs without fearing the cops or the authorities as everyone is his pawn. The real story begins when Girisham kills the last surviving honest officer by leaving hungry and blood-thirsty dogs at him.

The use of slow motions makes the scenes in this film bring out more intensity than we expect. When it’s a serious situation, the fear comes through the screen. When it is funny or romantic, we feel the easy breeziness. And, for this, the credit goes to cinematographer Shaji Kumar. The writing team does an excellent job, in Telugu, with dialogues that keep the essence of the story intact and also add a certain novelty. Of course, there is nothing better than watching Mammootty speak in broken English and find his way through the small town.

Just as it says in the title, we know right from the beginning that our hero is here to win. If that wasn’t enough, he proves it – right from his entry sequence. A bratty Raja decides to take up all the speed boats available for his entourage. He does it simply because the ‘poor small town’ does not have roads for his car. Raja also drops several truth bombs carefully laced with humour, from money to power to politics and compromise. One may argue that Mammootty alone is enough to keep us entertained. But hey! More the merrier, they say. right?

Popular comedians like Aju Verghese, Salim Kumar, Bijukuttan and Kalabhavan Shajohn make this feast better. They do what they do the best, and at no point will you find them redundant or unnecessary to the plotline. The cinematographer also uses his beautiful slow-motion ways to make the action sequences more intense. Of course, these camera techniques also make the hero look more macho. Actor Jai contributes a great deal to the story. Apart from looking perfectly desi and in the element, Anusree and Mahima get fleshed out characters.

At a point, the story turns predictable and you know when something is about to happen. But that’s not what we are here for, right? It’s all about being entertained and laughing through the two-and-a-half hour journey.

If that’s what you are looking for, then Raja Narasimha on ZEE5 is the best pill to wipe away your mid-week blues.