Raahu Jukebox: 4 Songs From Subbu Veddula’s Thriller That Will Sweep You Off Your Feet

There are only four songs in Subbu Veddula's thriller, Raahu, featuring Kriti Garg. And you will instantly start enjoying them all. Check it out. 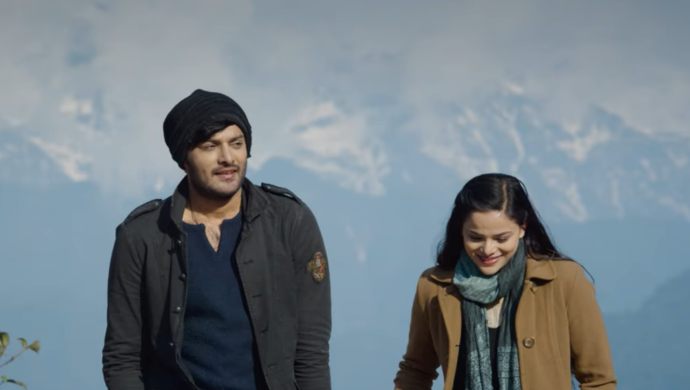 Raahu is a 2020 thriller, directed by Subbu Veddula. Kriti Garg and Aberaam Varam only had one film to their credit before singing Raahu. The two talented actors take the leap and join the debutante filmmaker’s ambitious project. In our opinion, Raahu is a good film which takes the notch of thriller films, in Telugu cinema, higher.

The film released in February this year, and recently saw its digital release on ZEE5. Spanning two hours in time, Raahu is worth your attention. While the story and backdrop are a class apart, the lead actor shoulders the film all by herself. For a film which is in the hands of new talent, big singers make the music resound much after the film is over.

The first song in the film is titled Emo Emo. It is sung by Sid Sriram and is the one to mark the beginning of a new adventure. This track depicts the falling in love phase of Bhanu and Sesh.

The next song is Entha Chuda Chakande. This song is sung by Anurag Kulkarni and Sahiti Chaganti. As the mystery waits to unravel, the song sets a backdrop for the couple. But we must remember, all that glitters is not gold.

Lokkam Antha Okasari Maare is the third song in the film. Manisha Erabathini lends her vocals for this song. It is a simple and enjoyable jazz track which really makes the mood lighter.

Kshanama Kshanama is another song by Anurag Kulkarni, with Aditi Bhavaraju. It plays during the climax of the film. Just as things start to heat up in the film, this track elevates the crescendo, making it more gripping.

The music for Raahu has been composed by Praveen Lakkaraju, who is also known for the upbeat music in Nikhil Siddhartha‘s Shankara Bharanam.

You can watch the full film on ZEE5, streaming now.

Birthday Special: 7 Telugu Songs Crooned By Sid Sriram That Work Like Magic On…

Raahu Review: The Damsel Saves Herself And Her Kingdom In Subbu Veddula’s…

EXCLUSIVE: It Was Equally Rewarding To Do A Web Series Like Loser, Says Actor…

How Do Three Losers Come Together To Write Victory? Watch It In Loser Ft. Priyadarshi And Shashank On ZEE5

No 1 Kodalu 7 July 2020 Written Update: Jagannadham Gets Cheated By A Random Stranger

Birthday Special: 7 Telugu Songs Crooned By Sid Sriram That Work Like Magic On Our Souls