In the latest episode of Prema Entha Madhuram, Arya comes to Anu offers her a job in his company, as thanksgiving. Read the full update here. 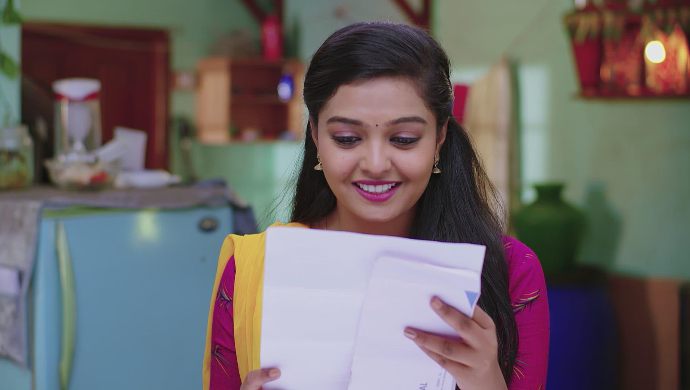 Earlier in Prema Entha Madhuram, Arya and Anu share sweet corn, and end their party day after eating a Boomer chewing gum. Arya and Anu walk back home when a car dashes close to them. Arya drags Anu protectively, away from the car, and Rajini’s brother who was in the car sees them together. Rajini continues to pester Padma, while a Swami Ji comes to their house. They discuss Anu’s jatakam and Arya drops Anu outside her house and goes back.

In today’s episode, Arya goes back to the office to be congratulated by everyone. They tell him that his big risk has brought in bigger turnovers. Arya gives the credit to Anu. On the other hand, Rajini’s brother starts grilling Anu with several questions and even raises a finger at her character. Subbu tells him to step away from Anu and his half-baked arguments. Anu tells them the truth about her visit with Arya, and Subbu backs her.

But his accusations turn dirtier, to a point where Rajini asks him to calm down. But he steps out of the house when he sees Arya standing at the door. He tells everyone that Anu has been misbehaving with the man standing in front of them. He tells Arya that he has come at the right time, and he is probably the perfect match for a girl like Anu. Arya asks he was done, and steps inside the house.

Arya asks for permission to talk, sarcastically, and thanks Anu for her idea while talking about the new profit. He hands en envelope to her and asks her to open it. Anu hesitates but takes it, she reads it to find out that Arya has offered her a job at the Vardhan Group of Industries. Subbu and Padma are instantly pleased and they hug her. Rajini’s brother goes away, in disappointment and embarrassment after finding out who Arya really was.

Anu and Arya thank each other for different reasons. Later at night, when Anu comes to give the glass of milk – Padma refuses to take it and Subbu kindly denies it. Padma gets up from the bed and scolds them for ruining one perfect marriage prospect after Rajini comes to return the jatakam.