In the latest episode of Prema Entha Madhuram, Mira is asked to receive the new employee who will be replacing her. Read the full update here. 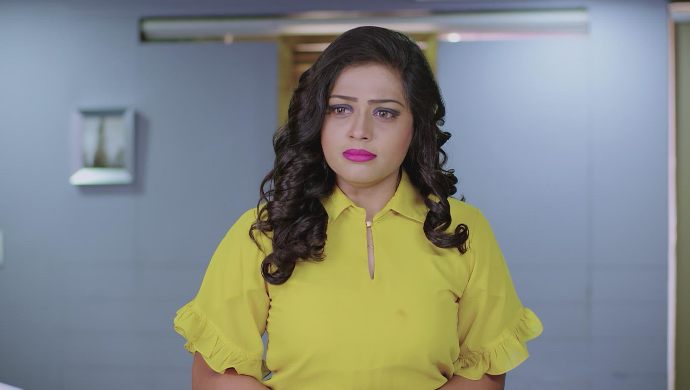 Earlier in Prema Entha Madhuram, Rajini’s brother starts questioning Anu’s character when Subbu asks him to tone down his voice. He angrily gets up to walk away but sees Arya standing at the door. He tells Arya that maybe Anu is meant to be with someone like him. Arya takes a pause and comes inside to offer a job to Anu, as a thanksgiving for the big profit that he earned. Padma gets upset that Anu ruined a perfectly nice proposal for marriage.

In today’s episode, Padma takes out all of her frustration on Anu and Subbu. She throws the jatakam papers at Subbu and gets ready to leave the house because she believes that they do not need her. When Padma searches for her shoes, Subbu asks if she cannot go without them. Anu steps in and asks her father to apologise and make her mother stay. Padma comes inside and Subbu explains how it is a good omen that they did not have to accept the proposal.

Rajini’s brother comes and stands at the door as Subbu continues to talk about how bad as a person he is. Padma turns him around, and the man apologises for his behaviour. He starts talking about how Anu is the perfect match for him, and it was all a plan to test Anu. Padma gets wooed by his words and feels happy that she hasn’t lost out on a good prospect for her daughter. Subbu continues to negate the conversation, but it goes in vain.

Padma thanks her goddess for not letting her down this time at least, and believes that it is Anu’s good deed that has brought this moment. Anu’s friend, Ramya, comes to warn her against this marriage. She reveals the conversation between Rajini and her brother. He tells Rajini that Anu is a small bait to get bigger and better money from Arya Vardhan’s company. Ramya tells Anu to be careful, and make her blessings count as she starts working at Arya’s firm.

Next day at the office, Mira finds something odd and asks Jende about it. He tells Mira that one cannot predict what Arya might bring to them. Mira understands that her job is at stake, and decides to speak to Arya about it. When she goes to his cabin, Arya explains that some decisions have to be taken against their choices, for the betterment of the company. Saying this, he asks Jende to bring the appointment letter and tells Mira that she has to receive the new employee.