In the latest episode of Prema Entha Madhuram, Jende tells Arya that Anu and Subbu are against the marriage proposal. Read the full update here 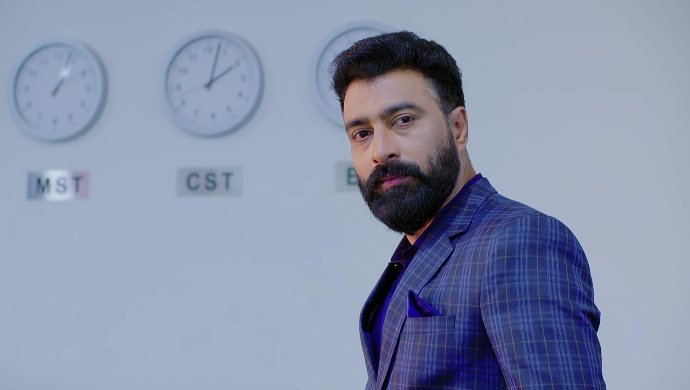 Earlier in Prema Entha Madhuram, Jende asks Arya to get up and gives him a pep talk against going too much in the flow with Anu. He reminds Arya of who is he and what Arya Vardha is supposed to be like. This results in Arya scolding Anu for no reason and giving her work to Mayur. Raghupati buys a refrigerator for Padma.

In today’s episode, one of Anu’s colleagues goes to Arya with her presentation, and Arya is impressed with it. She thanks him, and then shares her excitement with Anu. When she asks Anu for lunch, Anu refuses to eat. In the evening, Subbu comes home to see a new fridge and an excited Padma. He asks if everything was alright and Padma tells him about the new fridge has been bought by Raghupati for them. Subbu gets annoyed and scolds Padma for accepting it.

Subbu goes to Rajini’s house and tells them to kindly take the gift back. But Raghupathi acts as if he is only being cordial and extending his wishes to his future “viyankkudu“. This does not go down well with Subbu, who lashes out at Raghupathi, Rajini and Padma. He tells them that they are not accepting their proposal. Raghupathi feels like a loser and looks at Subbu with revengeful eyes.

Arya sees Anu sleeping on her desk, and looks at her in awe. That’s when Jende calls him to inform that Sampat was lying to them. He adds that Subbu and Anu are strictly against the proposal. Arya asks if the news is legitimate and hangs up after getting a confirmation. Arya goes to Anu’s desk and opens the lunch box. Anu wakes up to this sound and feels happy when she sees him eating the food cooked by her.

Later that day, Anu and Ramya meet on the way and Ramya tells him that Jende had followed her. He asked about Sampath and Anu’s marriage, and Ramya revealed all the details, without hesitation. Anu thanks her, and tells her how she was bullied because of him. Anu starts wondering if Arya was rude to her because of him. But the next day, when Anu talks about Sampat, Arya’s face becomes grimmer.

Birthday Special: Take A Look At 5 Things Vishnu Manchu Ventured Into Other Than…

No 1 Kodalu 14 March 2020 Preview: The Groom Asks For Sarsu's Decision