In the latest episode of Prema Entha Madhuram, Padma mistakes Arya to be the fridge mechanic and asks him to get to work. Read the full update here. 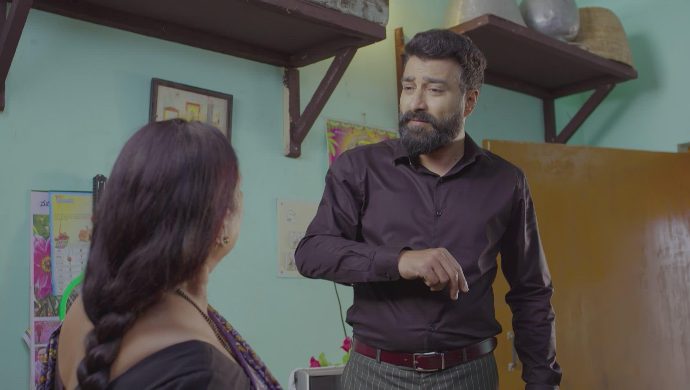 Earlier in Prema Entha Madhuram, Arya keeps thinking and talking to his colleagues about Anu, all day. Anu comes home and tells her parents about the blank cheque. Her father tells her to return it while her mother asks them to keep it and use it to change their lives. Padma decides to use it and asks the neighbour to help her with the number of zeroes in one lac. The neighbour also tells Padma that they must get Anu married at the right time, and suggests her relative’s name who would be a good match for her.

In the upcoming episode, Padma talks about her neighbour’s nephew who could be a good match for Anu. Both, Anu and Subbu, try to digress from the topic of Anu’s wedding. But Padma insists that they pay heed to her words. Subbu promises Anu that they will not rush into anything. Padma gets excited about using the cheque and tells her family it will change their life for better, and earn them more respect in society. Late at night, Anu has a nightmare and she wakes up, screaming. She tells her father that she feels extremely scared. Padma remembers the nomad woman’s words, and gives the vermillion to Anu.

Padma wakes up at 4 am to perform the pooja and light deepam. That morning, Arya asks Mr Jende to hand him Rs. 24 and asks for Anu’s address. Mr Jende tells Arya that he found her address but that locality isn’t suitable for his visit. But Arya insists on going there. Anu leaves the home and feels happy that she found a way to return the cheque without telling her mother. However, Padma finds the cheque in the cupboard and goes to write Rs. 1,00,000/- on it when Arya knocks on the door. Padma, who was expecting the fridge mechanic, asks him to get to work.

She also makes him climb on a stool and take out old trunks. When they do not find any tools, Padma asks him to have breakfast while she goes and fetches the tools. Padma returns with Anu’s classmate and the tools. She finds him using his phone while standing behind the fridge, and asks why he was playing games instead of working. When Anu’s classmate tries to tell Padma who he is, Arya stops him.