In the latest episode of Prema Entha Madhuram, given Anu-Arya's closeness, Jende feels the need to remind Arya of his place. Read the full update here 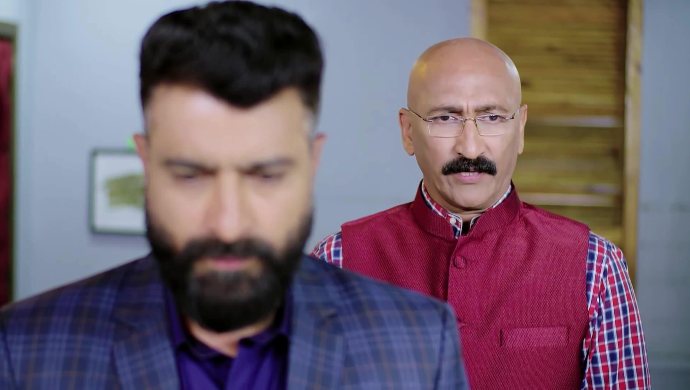 Earlier in Prema Entha Madhuram, Arya scolds everyone for being insensitive towards the workers and makes Anu in charge of his schedules. Arya goes to his cabin and looks at Anu’s footages. That’s when he finds out that Anu is scheduled to marry the same boy who had been following them. That night, Ramya warns Anu to take care of herself since she was falling for Arya. The next day, Anu takes payasam for Arya.

In today’s episode, Arya calls Jende and asks him to find details about the boy who spoke of marrying Anu. Jende is taken aback by Arya’s excessive concern for Anu. He asks her about the issue, and Arya assures that he wants the best for Anu since she is a good girl. Jende, unsatisfied by the conviction of Arya’s answer, ask him to get up. When Arya stays still, Jende yells at him to stand up.

Jende walks around Arya and asks him about the numerous instances when he tried to do more than should have, for Anu. At one point, Arya does not have any answer or logical explanations. That’s when Jende gives him a pep talk and reminds him of who he really is. FM interrupts their conversation, and Jende asks him to wait outside. He starts calling Arya as sir again and asks him to take a seat. Jende takes leave by promising to get back with more details.

Anu meets Jende on her way inside. He greets her with congratulations and asks her to proceed to meet Arya. In Arya’s cabin, Arya scolds Anu for talking about useless things, like the payasam she brought for him. He also appoints Mayur as the person-in-charge of managing his schedules. Anu is surprised to see this side of him but does not talk much.

She goes outside only to be congratulated by other colleagues. Anu starts wondering what had gone wrong, and Mira steps in to clarify. She asks Anu if she had filled the forms correctly, and points out that she lied about her marital status. Anu assures that she is single, but Mira talks about her alleged engagement with Raghupati’s son. In the meantime, Raghupati buys a refrigerator for Padma.