In the latest episode of Prema Entha Madhuram, Padma becomes greedy when she finds out that Anu has a blank cheque. Read the full update here. 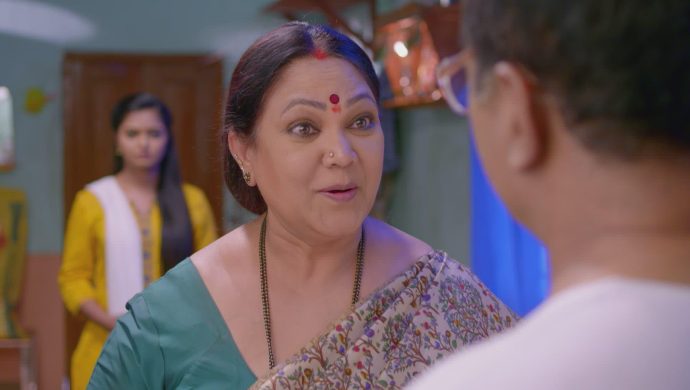 Earlier in Prema Entha Madhuram, Anu and Arya share the autorickshaw, but when they get down, Arya shares that he has no money to pay. Anu gets annoyed and pays the fare. She walks into the college and sees Arya behind her, she believes that he was following her. The gatekeeper stops him from going inside the building when Arya fails to provide any identification. A few minutes later, he appears with his entourage and the gatekeeper realises his mistake along with Anu. When the event starts, Anu stutters during her speech. And Arya comes to her rescue when the students start bullying her.

In the upcoming episode, Arya gives the blank cheque to Anu on the stage, and everyone starts clapping. Arya adds that Anu mustn’t lose her spark because of others, who are trying to bring her down. The same nomad woman comes to Padma and tells her that Anu might face some extreme effects, but she should stand strong by her side. Because soon, Anu will unlock a fortune. Next day in the office, Arya replays Anu’s dialogue on saving every penny, and smiles in himself. Mr Jende asks about his mysterious smile and he finds out about Anu.

Mira enters the cabin, next, and tells them about the pitch that they managed to crack. Arya leads this conversation to ask if Mira would be comfortable with travelling next to complete stranger. But Mr Jende and Mira, both assure that Mira will not trust her own shadow. Arya does not speak anymore, but keeps thinking about how gutsy Anu was. Anu goes home rushing and closes the curtains and doors. She tells her parents about the blank cheque and meets two extreme reactions. Her father, like her, says that they must return the cheque and Padma insists that they can change their lives with the cheque.

When Anu goes to freshen up, Padma goes to her neighbour’s house and asks her for the number of zeroes in one lac. When the neighbours’ kid informs her, Padma tells her about the cheque and watches the neighbours’ behaviour towards her change. Soon, the neighbour suggests that they should get Anu married now, and talks about her relative who would be a good match for her.