In the latest episode of Prema Entha Madhuram, Arya finds out that Anu is set to marry the same boy he saw. Read the full update here 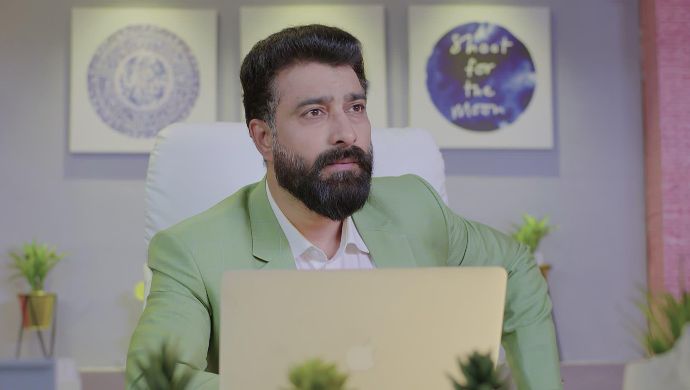 Earlier in Prema Entha Madhuram, Arya turns the machines off and asks the employees to have their lunch properly. He finds out all the wrong practices and scolds the branch manager and the supervisor. They tell him that their instructions have been passed on from Mira herself. Anu leaves a note for Arya and goes away. But Arya finds her and apologises for scolding her. As they travel, Anu falls asleep on Arya’s shoulder.

In today’s episode, Arya and Anu come back to the office and apologise to each other for their mistakes. After that, Anu asks Arya about the reason behind his dislike towards lilies. And this makes Arya furious again. Anu simply apologises and walks away. Inside the office, Arya scolds Mira and another employee for being harsh and insensitive towards the employees. Mira tries to defend herself, but Arya asks her to shut up.

Jende reminds Mira that she is lucky that no one saw her changing the files. Mira tries to win his confidence, but Jende adds that there are cameras all around the office, so she couldn’t hide her misdeeds from him. In his cabin, Arya remembers all the things Anu said to him and smiles. He also looks at various CCTV footages of Anu. The security brings a weird boy inside the office after being warned by Arya’s driver.

Jende holds a gun to his head and asks him questions about his intentions behind following Arya’s car all day. Arya asks Jende to take it easy and asks the same questions. The boy reveals that he has been following Anu because she is his would-be wife. When Jende asked when this had happened, he talks to Arya and reminds that he is the same boy who had come for Pellichoopulu the other day.

That night, Anu gets lost in her thoughts when Ramya snaps her back to reality. Anu explains how she has become a devotee of Arya after everything that happened during the day. Ramya asks her to be careful since she was falling too deep. The next day, Padma calls her in to make the payasam. After preparing it, Anu serves some of it to her parents and prepares to take it for Arya. She tells her parents about devotion. Raghupati overhears the conversation.