In the latest episode of Prema Entha Madhuram, Arya learns the quality of his employee's life and promises to help them. Read the full update here. 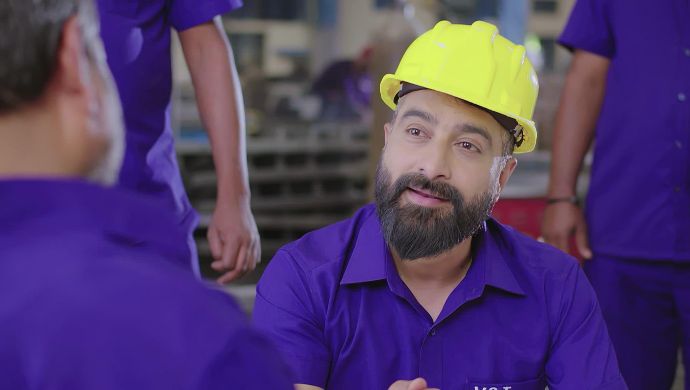 Earlier in Prema Entha Madhuram, Arya first scolds Anu for keeping Lillies in the office, and then he scolds her for bringing him to the wrong factory for a visit. Mira puts the blame on Anu and feels happy that her plan is working out well. Jende congratulates her for the small victory but also asks her to be cautious. Arya decides to go back to the factory and dresses up as a worker. He tries to help an old man but he refuses help.

In today’s episode, the elderly employee tells Arya that their lunchtime is only 10 minutes. If they take even an extra minute, they will have to lose half a day’s wage. He further adds that he is both, diabetic and Blood pressure patient. However, he missed the lunchtime because he was talking to his daughter. And due to this, he missed his medicines, too. Arya goes and turns the machines off, and insists the old man have his lunch.

One of the supervisors comes and starts scolding Arya, even insults him for switching the machines off. Arya asks him to bring the branch manager when the supervisor asks for Arya’s details. The branch manager, too, comes and starts hurling abuses at Arya for the same reason. Arya turns towards the manager and introduces himself. Everyone falls silent upon knowing his true identity.

Arya scolds the supervisor for his brash behaviour and the branch manager for uncomfortable working rules. He finds out that Mira implemented such rules for better productivity. Arya heckes the manager and introduces newer rules, in favour of the employees. He also apologises to them for his carelessness and tells them that they must thank Anu for his innocent mistake. But that’s when he finds out that Anu has stepped out after leaving a letter for him.

The letter reads Arya’s greatness and compliments for his huge heart. Anu claims herself to be inadequate for Arya’s company and asks for forgiveness. Arya leaves immediately and asks his driver to find Anu. He sees her and asks her to come inside. Arya apologises for his mistake and thanks Anu for helping him to see something new, therefore, allowing him a chance to rectify mistakes. He rejects her resignation, and they move on. Anu falls asleep on his shoulder.

Prema Entha Madhuram 11 March 2020 Preview: Arya-Anu Apologise To Each Other