Good reads, food and scenic beaches, the actor is enjoying in Portugal with her superstar husband, post the success of her ZEE5 Original web series 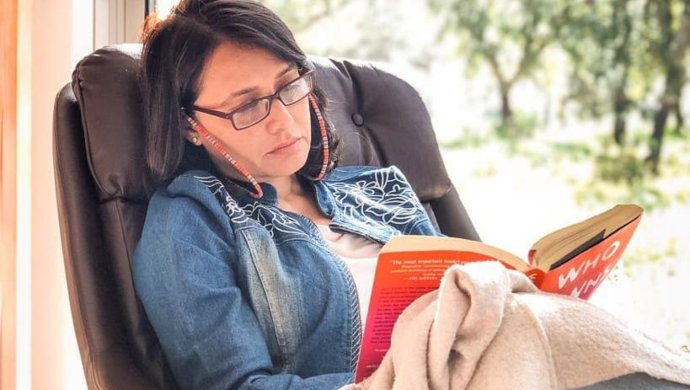 ZEE5 Original web series High Priestess starring Amala Akkineni is riding on a high and clearly, has set new standards for the industry. The show marks the comeback of iconic Tollywood star Amala Akkineni in a central role after a long hiatus. And now that the series released to rave reviews, Amala has taken off for Setubal in Portugal to spend time with husband Nagarjuna who is shooting there for his upcoming film. We got you some of her vacay photos that will make you want to fly to Portugal right away.

Check out this photo where Amala and Nagarjuna where they can give #CoupleGoals to any millennial couple. They are busy spending a good time with each other, checking out the scenic beaches and enjoying the picturesque views while also munching on wholesome good meals.

When Nagarjuna was on the sets of Manmadhu 2, a sequel to the 2002 film starring Sonali Bendre, Amala indulged in a good read, settling herself on a recliner. She shared a picture of the same on her Instagram account and it speaks volumes of the calmness that surrounds her aura. Amala captioned the picture as: “Enjoying Setubal, Portugal” and we’re sure that she truly is.

Nagarjuna is busy filming for the sequel with Rakul Preet Singh and the wait for its release is a long one. In the meantime, catch up on the ZEE5 Original web series High Priestess, if you haven’t seen it yet. The series excellently portrays old concepts in a new light with no dramatisation and brilliant performances. If you have been sceptical about watching it because it’s scary, it isn’t!

4 Times Nithya From Kalyana Vaibhogam Was A Master Planner