POLL: Will Mrudula Make A Confession Or Will Gaurav Save The Day In Ninne Pelladatha?

Who do you think will turn things around, in Ninne Pelladatha, at such a crucial and fragile point in time? Is it Mrudula or will it be Gaurav? Vote! 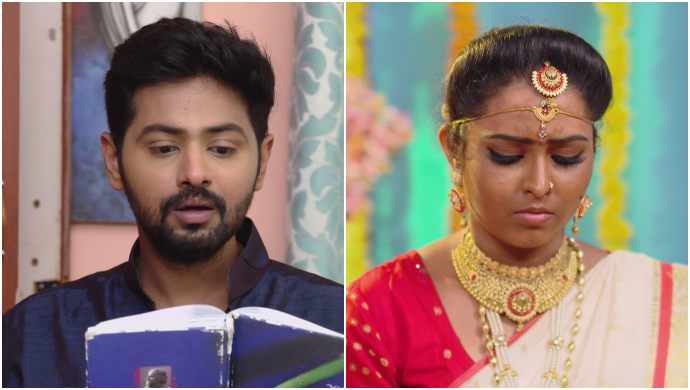 It has been quite some time since Mrudula adopted the guise of Sampangi, in the ZEE Telugu show Ninne Pelladatha. Apart from keeping her husband Madhu safe, sound and healthy, Mrudula has won more love as Sampangi. Not only has she brought about happiness but she has also won the heart of Brahmini. Of late, Mansi, who had hated Mrudula and couldn’t stand Sampangi, has changed her attitude. Now, Mansi is not only a sweet talker but also a considerate person. Every new day gives Brahmini a new hope to do something for Sampangi that she couldn’t do for her kids – a grand wedding!

Sampangi has been resisting the idea of marriage but on stake lie the love and affection of Brahmini, something that she craved all her married life. Now, Mrudula has to bid goodbye to her real-life to win Brahmini’s love or be hated again by revealing her identity. Thankfully, the turn of events led Gaurav, the only one who wants Madhu and Mrudula to get back together, into Sampangi’s room. There he finds Mrudula’s diary and everything becomes crystal clear. As he decides to do something about this dichotomic situation, Sampangi’s wedding inches closer. In such a scenario, what do you think will happen next?

Who will save the day?