POLL: Is It Finally Time For Brahmini To Accept Mrudula In Ninne Pelladatha?

A lot has happened over the few months in Ninne Pelladatha! But is it finally time for Brahmini to make the change and accept Mrudula? Vote now 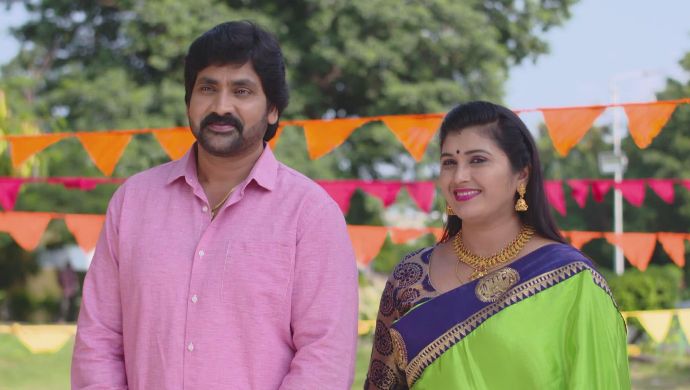 In the Zee Telugu show Ninne Pelladatha, a lot has been happening that is out of the ordinary. For the first time, in over a year, the beam of hope is coming closer and closer to Mrudula. From letting her be around to sticking to no-non sense fights, Brahmini has changed her behaviour towards Mrudula. Mrudula, too, is going a few more miles ahead to make sure her ‘Amma garu‘ accepts her soon. Just like everyone else, we are waiting for their union too.

The biggest game-changer for Mrudula has come with Mansi, who realised her mistakes and accepted Mrudula as her sister once again. Now, Mansi is happy with Mrudula, her married life and has also accepted Gaurav. The big question arises about Brahmini’s anger and hatred towards Mrudula. At once, she hated Mrudula because she took Mansi away from Madhu. But now that Mansi is happy, Brahmini ought to be accepting too.

While the day still seems far away. Our hope is reaching newer heights by the day. Right from wearing the blouse stitched by her to allowing her to stay in the same house, taking meds from her, handing over the award, and more. Brahmini’s anger has fallen many steps lower. On the occasion of Brahmini’s anniversary, Mrudula performed various poojas and when Brahmini learned about it, she felt happy.

Will Brahmini accept Mrudula?
Stay tuned for more episodes and interesting stories on your favourite shows. For more entertainment, watch the dramatic lives of Manga and Nithya in Kalyana Vaibhogam on ZEE5.

Monday Motivation: It Is THIS Yoga Pose That Has Transformed Rakulpreet Singh's Body