POLL: In Kalyana Vaibhogam, Who Will Make It Back Into Jai’s Life? Nithya Or Manga?

Now that Manga and Nithya are both injured and admitted in the same hospital, who do you think will be able to come back home? Cast your vote below. 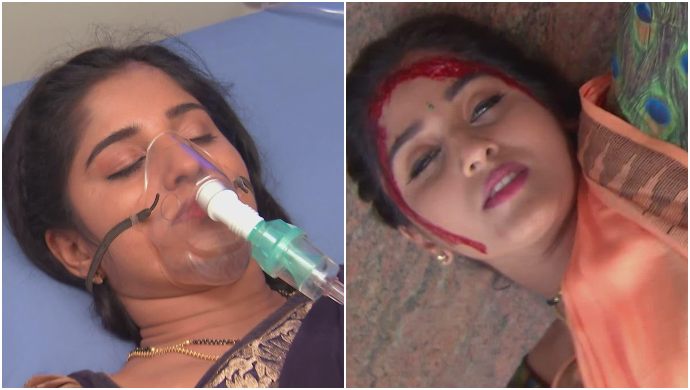 The Telugu TV show, Kalyana Vaibhogam is, once again, at a crossroad. Jai (played by VJ Sunny) stands in the centre clueless, while the twin sisters Manga and Nithya (both roles played by Meghana Lokesh), fight for their spot next to him. Manga has been trying her best to live a happy and interference-free life with Jai. So, she planned to help Nithya in settling down with another suitable boy who would take great care of her. But Nithya’s obsession with Jai has not reduced at all. And that’s why she decided to get rid of her own twin sister.

After having Manga drowned in the waters of Hussein Sagar Lake, Nithya took her place as Jai’s wife. However, Manga’s pregnancy kept bothering her. In order to close the pregnancy chapter, Nithya pretended that she fell down the stairs and remained unconscious on the floor. This was a planned move and the doctor has also been under Nithya’s thumb. Right now, Manga has been brought into the hospital by the police. She is unconscious but safe. In the same hospital, Nithya has found a spot to celebrate her victory, while everyone else sobs and weeps about losing the baby.

Who do you think will make it back to Jai's life?
Stay tuned for the latest episodes and more stories on Kalyana Vaibhogam. Find all-new episodes of Maate Mantramu on ZEE5.

THROWBACK: Madhu's Proposal To Mrudula In Ninne Pelladatha Was All Things Romantic!