POLL: How Will Mrudula Solve The New Problems And Challenges In Ninne Pelladatha?

Will Mrudula let it all go away or will she find a way to keep her family together and get the house back to her father? Cast your vote now! 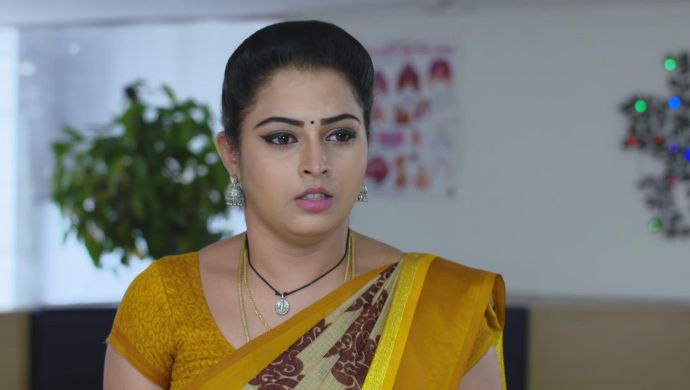 In the Zee Telugu show Ninne Pelladatha, Mrudula is hit with too many problems all at once. Her problems and misunderstandings with Madhu are far away from the bay, for now. Mansi, too, has been hit with a reality check. Brahmini continues to stir drama and halplessness for Mrudula. But Prajwala is trying her best to make things worse, for absolutely no reason. While we know she will find a solution for everything, just in time, we wonder what path will Mrudula choose this time.

Now, Prajwala has manipulated Komali into doing something none could think of. That is to sell the Kamineni house for auction and settle down in America once again. When they were thinking of ways to hurt Mrudula – the aunt-niece duo figured out that nothing would inflict pain on her more than her parents’ tears. So, what better than demeaning them at every possible occasion? Constant taunts and disrespect weren’t doing enough and that’s why Komali announced that Bharati and Arjun should leave the house and find another shelter.

Situations came to a point where they had to make a decision in minutes. Thankfully, Mrudula reached in time and will now take things ahead. But what will she do to save the house and her parents’ respect?

Which way will Mrudula choose?

Share it with your friends and see what they think about it. Stay tuned for more episodes and interesting stories about your favourite shows. For more entertainment, find Ram Pothineni’s iSmart Shankar on ZEE5.

Throwback Thursday: Go Back In Time Of Mega Star Chiranjeevi's Life With These Pictures