Poll: Do You Think The Opposites Will Marry Each Other In Thoorpu Padamara? VOTE NOW!

They say opposites attract, but what happens when they do not exactly attract like it's happening in Thoorpu Padamara? Cast your vote. 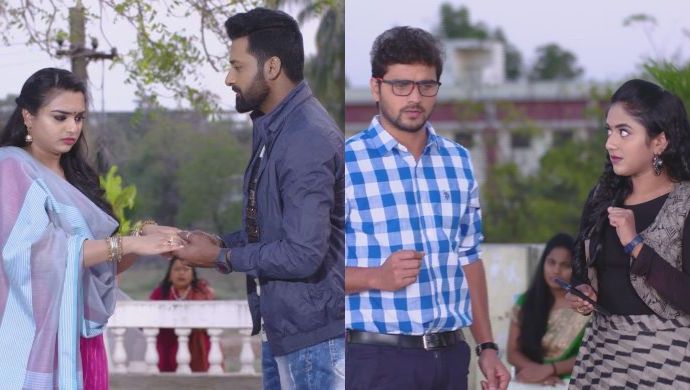 The latest Zee Telugu show, titled Thoorpu Padamara, is a story of two best friends who are polar opposites to each other. On one hand, we have Laya. She is simple, traditional, optimistic and sweet. On the other hand, we have Shruti. She is modern, strong, and pessimistic. The girls recently saw met two boys, who happen to be brother, and agree to marry them. However, it is all a big confusion.

Laya met Rocky, a young dashing fashion photographer who wants his wife to be as modern as possible. And, Shruti met Gopi, a young dynamic Gynaecologist who is the walking-talking example of goodness and is extremely naive. Aishu managed the Pellichoopulu for Laya and Shruti managed the meeting herself. Now that the girls are falling head over heels for the boys, the boys seem to have their fair share of doubts.

While we have been hearing, “opposites attract” for eons, that does not seem to be the case for Laya-Rocky and Shruti-Gopi. Moreover, it is visibly clear that Laya would be better off with Gopi, and Shruti matches Rocky’s checklist perfectly. In such a situation, we wonder if the girls will really marry the opposite partner? Or will find themselves being attracted to the ‘perfect match’?

If that wasn’t all the drama one needs in their lives, we also have Mohini and Vinaya. Mohini is desperate to get hold of either of the boys so that she could rule the household along with her sister. Whereas, Vinaya sidetracked her own sister only to ruins the lives of her brother-in-law.
Who do you think will get married in the end?
Let us know your thoughts and theories in the comments section down below. Check out the updates of this show here, or watch the latest episodes on ZEE5, before TV.