Not 2000, Vijay Deverakonda Extends Help To Over 77,000 Families Through Middle Class Fund

Over the course of one month, actor Vijay Deverakonda has exceeded his goal of helping 2000 families and is now closer to helping 77,756 families. 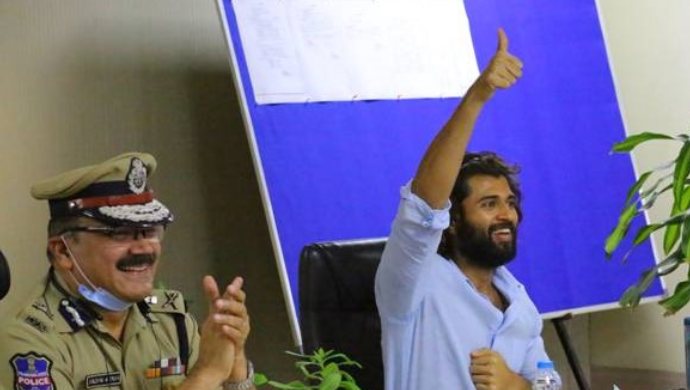 We’re privileged to have a roof on over our heads and food on the table. One man who knew of his privilege and understood the plight of others decided to take things into his own hands. That man is none other than Vijay Deverakonda. An outsider, a terrific actor, a learned citizen and the man who makes people smile with his warmth. Almost a month into the lockdown, Vijay did something extraordinary.

Watch the trailer of the hit film, Geetha Govindam here:

Vijay started setting up a new branch named the Middle Class Fund, under his then-secret organisation named The Deverakonda Foundation. He informed people about the Fund through 11-minute video and promised to help the ones who are being neglected at such times. The actor explained how the privileged were living well, and how the system was focusing on the poor and the needy.

He mentioned that it was the middle-class families who were being neglected, who are neither too privileged nor too needy. So, he aimed to help those families by providing them with the need of the hour – with daily essentials and groceries. The fund also anchored a bunch of young volunteers who would buy and deliver these essentials.

Within a few days, the fund managed to rope in Rs. 133,52,396. Despite pulling all their resources together, these folks couldn’t serve to the ever-growing number of questions. So, A few days after reaching his goals of 2000 families, Vijay made a new announcement. He said they will be focusing on the 77,000+ requests that are pending and would cater to them before opening the fund for more requests. We hope his Nobel cause continues to inspire many and touches more lives.

You can watch him in Geetha Govindam with the beautiful Rashmika Mandanna on ZEE5.

Throwback Thursday: No 1 Kodalu Lead Madhumitha Shares A Few Glimpses From The…

Prema Entha Madhuram Review: Relive The Romance Between Arya And Anu Before…

Comparing Height To Enjoying Cosy Movies: Mahesh Babu Is Making The Most Of His…

Throwback Thursday: No 1 Kodalu Lead Madhumitha Shares A Few Glimpses From The Sets