The good old days on Zee Telugu have returned to ZEE5 with the best of shows, and Evare Nuvvu Mohini starring Ali Reza, Pranavi and Sireesha is here! 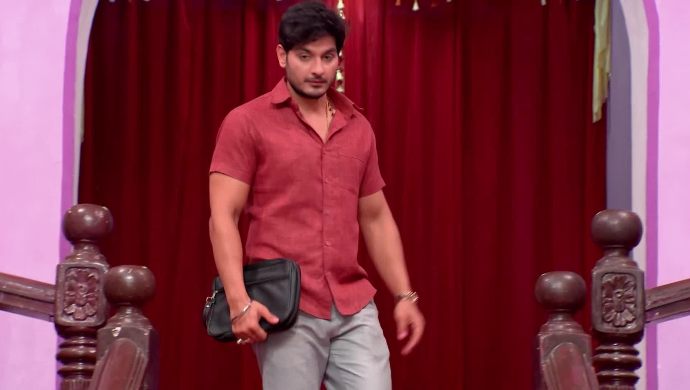 Let’s look at the bright side during these dark times! A much-need break is the most important thing that the quarantine has given us. Maybe mother nature, too, understood that we need to take a break. So, let’s make the most of this time and catch up on all things that we had been keeping for later. But if you had nothing piled up on your to-do-later, we’ve got something interesting and nostalgic.

Earlier in 2017, a popular Tamil daily serial, Yaarade Nee Mohini, was adapted into Telugu as Evare Nuvvu Mohini. The show starred Ali Reza, Pranavi and Sireesha in the lead roles. Ali played the role of Vasu, a young widower who loves his step-mother more than one could imagine. Pranavi was seen as Vennela, a young girl who is in love with Vasu without having ever met him. Finally, Sireesha essayed the titular character of Mohini, Vasu’s dead wife and the ghost.

At the outset, although everything seems to be perfectly normal, many politics keep brewing underneath. Vasu’s beloved step-mother, Rajeshwari, wants nothing more than his wealth. In fact, she also plans on killing him once he surrenders the wealth and property to her. Vasu’s concerned father finds out that the solution to all problems lies in the hands of Vennela, his niece. He also finds out that Vennela will find a ‘new source of energy’ once she steps inside their house.

That source of energy, my friend, is Mohini. Mohini is trapped in the world without attaining nirvana. But this is for a reason, and the reason is to save her naive husband from his evil family members. How Mohini and Vennela come together to put an end to all problems is the crux of this show.

Watch your favourite or all the episodes of Evare Nuvvu Mohini on ZEE5.

All the Ali Reza fans can check out Maate Mantramu and Pranavi fans can enjoy Ganga Manga on ZEE, too.

Have You Watched Karthi's Chinna Babu On ZEE5? Wholesome Entertainment For You, For Free!