In the first week of No 1 Kodalu, Sarsu tries to mend a broken relationship & the bitter past by talking to Vagdevi. Read the full weekly update here 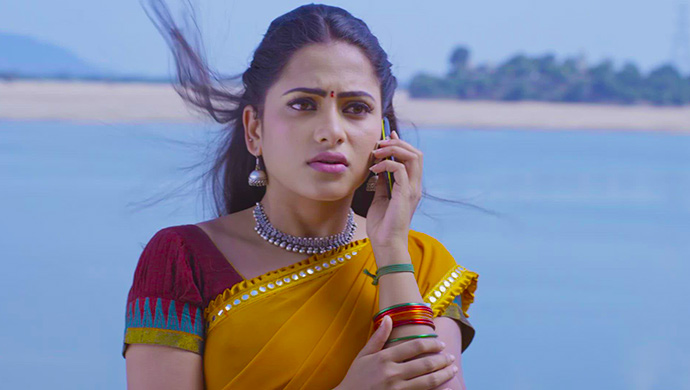 In the first week of No 1 Kodalu, Vagdevi wins the No. 1 Educator Award once again, leaving her ex-classmate and competitor, Shyamala, behind. However, she has a broken family. Vagdevi’s sons call her ‘Madam’ and there are no conversations between Vagdevi and her husband. Sarsu is a girl who always finds a solution to all sorts of problems. However, she and her younger sister aren’t treated well by her aunt. In the flashback, Vagdevi leaves the house to prove that she is worthy of bigger achievements. Sarsu’s parents give away their savings and gold jewellery to help Vagdevi and her family on their new journey.

The head of the village, and Vagdevi’s father-in-law, orders his men to wreck Jagannadham’s house. Because they helped Vagdevi and her husband escape from the village. Jagannadham and his wife go to his house and beg for mercy.

Vagdevi’s husband talks about the gold jewellery that Sarsu’s parents gave them. However, Vagdevi takes pride and tells her husband that money always comes to those who are literate. She adds that this proves that her journey will be full of victories.

A few days later, Jagannadham calls his friend for help, when his wife is admitted in the hospital. He wants someone to be by his side and help him understand what the doctors are saying. However, Vagdevi refuses to go with her husband, in spite of his begging her to come along.

Vagdevi gives the inspection officer a tour of her school and then presents all the required documents to him. The officer asks one of the students a question and Vagdevi says that they have been teaching the kids Abacus and he can ask them tougher questions. The student answers correctly and finally, Vagdevi feels victorious.

Sarsu’s father leaves her in the hospital and starts running to the medical shop to grab medicines. Since he is illiterate, the medicines aren’t what the doctors asked for. Eventually, Sarsu’s mother passes away after struggling to give birth to her younger sister, who happens to be mentally ill.

In the present day, Vagdevi’s father-in-law, known as Peddayina, empathises with Sarsu and goes to meet his estranged family in the city. He enters the house and Vagdevi asks him to stop right at the doorstep. They have a heated argument about their past decisions. And the history repeats itself when Vagdevi asks him to ‘get out’.

Once Peddayina comes back home, he asks all of his servants and house help to leave him alone, and never return. One of them runs to Sarsu and tells her about the sudden change in his demeanour. Sarsu walks in to see him holding a gun to his head.

She secretly gets a long piece of cloth and ties it as a loop and acts to be hanging herself. Peddayina sees this and comes running towards her. He tries to tell her that she cannot compare her life to his and she shouldn’t be ending her life. Sarsu uses these words of his and convinces him to put down the gun.

The next day, Sarsu asks Peddayina’s helper to find Vagdevi’s number. She calls Vagdevi and introduces herself. After asking about each other’s howabouts, Vagdevi enquires about her education and it irritates her (Vagdevi) to know that she hasn’t stepped in a school. And when Sarsu tries to talk about Pedayyina, Vagdevi shuts her up.

Wow Wednesday: 6 Films Starring Superstar Anushka Shetty That You Must Watch On ZEE5