Unable to keep up? We’ve got all that you need to know from the latest Zee Telugu show, No, 1 Kodalu. Read here 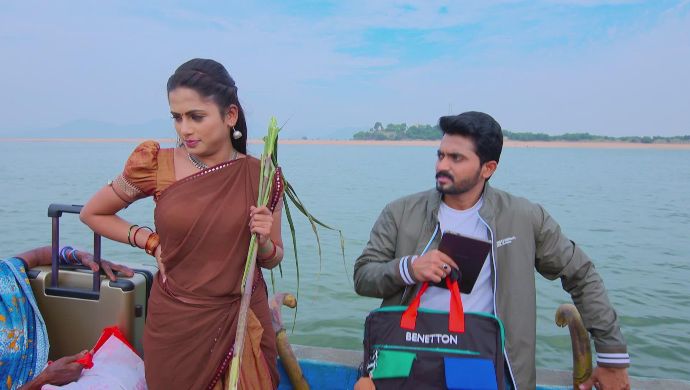 Last week was rather eventful and full of drama, in the newest Zee Telugu show, titled No. 1 Kodalu. From novel ventures to accidental meetings, the week was packed with details that you shouldn’t be missing out on. Not to forget, we’ve got more background and flashback on the lives of Sarsu and Chinni. If you haven’t caught up with all the episodes, fret not. Here are some of the highlights from last week.

Vagdevi’s younger son, Rahul, proposed his plan in an interesting way. He bought an exclusive, and costly pen for his mother. He impressed her by talking about his new ventures and the high standards that the business would set. Further, Rahul added that he wanted to set up his business in Mahendravaram.

In the flashback, we see that Sarsu’s father left his two daughters with their uncle, and promised to send money each month. This decision was made after he failed to pay the bills, and his children were left to starve.

Sarsu’s uncle takes them home and requests his wife to let them stay. However, she wouldn’t agree to raise two more kids, along with her son and daughter. Sarsu overhears this conversation and tells her uncle that Chinni and she can sleep on the porch – because they enjoy looking at the moon, as they fall asleep.

Vagdevi’s husband, Arun Babu, cries while talking to his sister-in-law. He expresses his sadness for leaving Peddayyina alone, in his last days. Despite wanting to be there with his father, Arun Babu cannot go against Vagdevi’s will. The lady tells him that he will soon find some solution, and all his problems will be gone soon.

Rahul lies to his mother and comes to Mahendravaram to take control of the land. He meets Sarsu while boarding the ferry to his village. While Rahul tries to bribe the boatsman, Sarsu catches them red-handed and asks Rahul to avoid corrupting her home, and her people.

The two youngsters keep bickering about silly issues and even end up falling into the river while stepping out of the boat. Sarsu’s groceries fall in the water too. And she ends up going back home empty-handed. Because of this, her aunt scolds her and denies to serve a meal to Sarsu and her sister.

Vanaja calls her sister, Nikki, to cover up her lies and have a helping hand in the business that’s given to her, by Vagdevi. However, the turn of events ends up favouring Nikki, who gets a whole new brand to manage. Vanaja cries because she is back at square one, and now has to find a way to get work done.