In this episode of No 1 Kodalu, Rahul gets annoyed at everything and Teja tries to tame his behavior towards people. Read the full update here 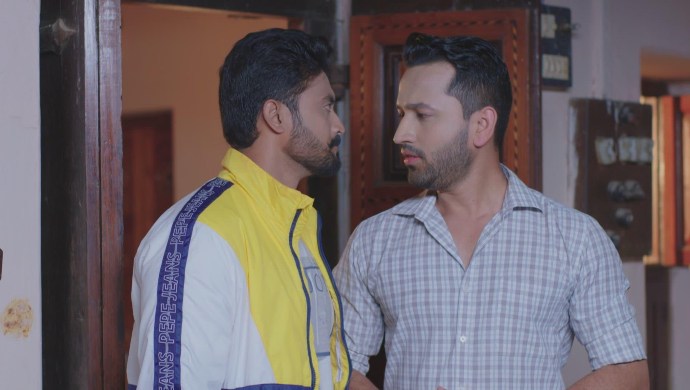 In the previous episode of No. 1 Kodalu, Vanaja cheats her way by using the charts to ask questions to the students. In the next classroom, Vagdevi asks her to take the lead again. But when Vanaja sees no charts, she asks the students to make it a peer question and answer session. Vagdevi commends her for this move. Teja asks Rahul to help everyone in cleaning the house. But Rahul stops helping because he gets scared of a lizard. He wonders why Sarsu wasn’t passing any comment on him. Prabha finds out that Sarsu and Chinni have moved into their own house again.

In today’s episode, Vagdevi asks the administrator to bring other files, and he hesitates to do it. When Vagdevi sees the files, she finds out that they have been using lesser grade foods for the students. She calls the Warden and scolds him, but he reveals that he can afford those food products after paying the administrator his commission. Vagdevi turns to the admin and fires him. She asks Vanaja to find a replacement and hands over the school to her. Prabha tells her mother that Sarsu has settled down in her own house, with the help of Peddayyina and the villagers.

Peddayyina tells his lawyer to look after everything Sarsu needs in the house, and make necessary arrangements. Sarsu tries to resist this decision, but the elderly man explains that he is giving her what she rightfully deserves, for her father’s services. Peddayyina also finds out that Sarsu will not be coming to meet him, and decides on visiting her until she changes her mind. Teja assures that Sarsu will come back to him, and Rahul gets annoyed upon hearing it. When the three men go back home, Rahul rants out to Teja about Sarsu and the importance everyone gives her.

Teja assures that he will not have to deal with it all for much longer. But in the time being, he must deal with everything with a smile on his face, for their grandfather and for his project. The next day, when Rahul and Teja wait for the grandfather to have lunch, Peddayyina comes and tells them the lunch will be served at Sarsu’s house. Ekambaram tells about the things happened to him in Mahendravaram, and Vagdevi decides to meet him. He tells his wife to tie a couple of more crepe bandages on his arms, for more sympathy.

Adhirindi Episode 8: New Problems For Chandra, Too Many Women For Venu &…

Take A Trip Down The Memory Lane With The College-Drama, B Tech On ZEE5