No 1 Kodalu 5 February 2020 Written Update: Rahul Fails To Talk To Peddayyina Once Again

In this episode of No 1 Kodalu, Rahul tries to talk to Peddayyina about the fields but fails to do it once again. Read the full update here 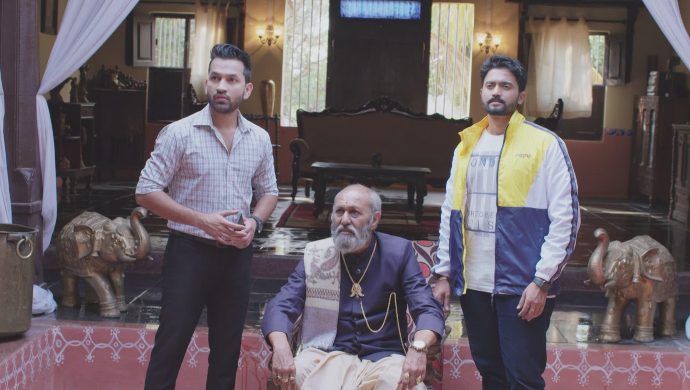 In the previous episode of No. 1 Kodalu, Sarsu and Chinni spend the night in the temple. They get their dinner from the priest who serves them the prasadam. And, when Chinni starts shivering, Sarsu uses the goddess’ saree to cover her. Teja lies to Vagdevi about being in Bangalore to meet his ill school teacher. The next morning, the temple’s priest and Peddayyina’s lawyer find out that Sarsu and Chinni have been kicked out of the house by Nagamani.

In today’s episode, multiple women of the village surround Sarsu in the temple. They try to convince her to stay with them. Sarsu feels happy with the love that they show her but refuses to go and stay with anyone. Sarsu explains that she will have to face the same story again when someone else gets tired of her and decides to kick her out. She thanks them and asks them to leave her alone. On the other hand, Rahul tells Teja to stay for a couple of more days since he feels lonely in Peddayyina’s house.

When Teja tells Rahul that he cannot stay anymore because of his pending work. Rahul tells Teja to at least drop a word about his desire to use the fields that belong to Peddayyina. Just when they go to talk to their grandfather, Peddayyina’s lawyer comes to inform him about Sarsu’s condition. Rahul gets annoyed because Sarsu has been omnipresent in stopping or delaying his important conversation. In the college, Vagdevi distributes medals and congratulates the students. She notices that a student, who was offered a free seat for her abilities, has been absent from the event.

Peddayyina talks to Sarsu and tells her that he will go and talk to Nagamani. When Sarsu asks him to not take any such step, Peddayyina asks her to come home with him. But she refuses this offer, too. Upon enquiring with the school administration, they tell about her absence from the lectures and exams. Vagdevi asks them to call her to the college and talks to her. The girl informs that she has been unable to attend classes and exams due to the ill health of her grandfather. Vagdevi considers to be an excuse and asks her to “shut up”.

No 1 Kodalu 6 February 2020 Preview: Vagdevi Threatens To Take Away A Girl's Scholarship