No 1 Kodalu 29 February 2020 Written Update: Sarsu Calls Rahul To Be A Good Man

In this episode of No 1 Kodalu, Sarsu compliments Rahul simply because he got ice cream for Chinni and her . Read the full update here. 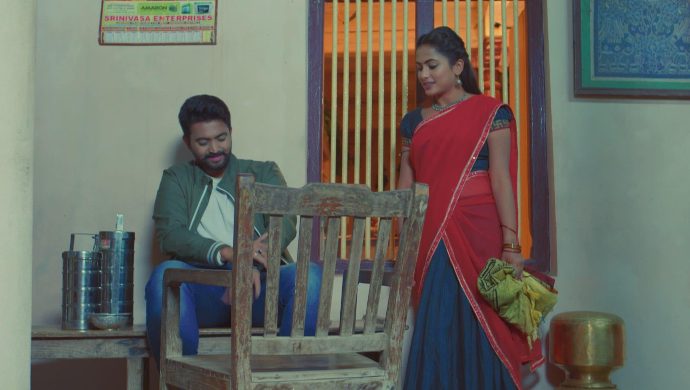 Earlier in No. 1 Kodalu, Nagamani finds out about Sarsu and Rahul’s bike ride, while also finding a prospect for Prabha’s wedding. Sarsu takes the money against her mother’s taali, and goes to get invitation cards printed. Sarsu sees Shyamala and remembers that she is Vagdevi’s friend, so she runs behind Shyamala’s car.  She tells her everything, and Shyamala decides to use it against Vadgdevi.

In the upcoming episode, Rahul asks the shopkeeper to show the best of sarees and dresses for Sarsu and Chinni. He asks Sarsu to not worry about the price range of these clothes, while also offering to buy one for his newly found Pedda atta. Sarsu cries tears of joy, because she had never before succeeded in giving new clothes to Chinni. Later, they go to a photographer’s studio and get a picture clicked to check his work. As Sarsu and Rahul stand close to each other, she remembers all the times when Rahul held her.

They buy the other necessary things and ride back home when Sarsu asks him to take a halt for an ice cream. She eats some, and saves some for Chinni. Upon reaching home, Sarsu finds out that the ice cream has melted entirely. She becomes sad again, but Rahul comes to her recuse with a box and three ice creams in it. She thanks Rahul, and commends him for being a good person while calling herself a bad one. She further explains that she wiped her hand on his shirt after eating the ice cream. On the other hand, Navya asks Vanaja to help her with Table Manners, but Vanaja fails to answer the question, correctly.

The next day, Ekambaram makes an entry and takes a good look of the house again. He sees Vanaja entirely decked up, walking next to Vagdevi. He clarifies his doubts and learns that Navya is soon to be married. Vagdevi asks him to take care of everything, and ensure that the grooms family has no issues or complains.

Vijay Deverakonda Reveals Plans On Entering Bollywood, Says He Will Do THIS Type…

Dive Into The World Of 'Hawala' And The Cricket-Betting With The Latest ZEE5 Original, Stream Now h